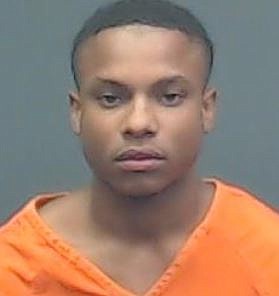 TEXARKANA, Texas -- A Texarkana teen accused in the October death of a fellow high school student pleaded not guilty to murder Wednesday in Bowie County, Texas.

Meachem is charged in the Oct. 25 death of 17-year-old Ulises Martinez.

At Wednesday's hearing, Miller asked Hyde and Assistant District Attorney Katie Carter if they can be ready to bring the case to a jury in August.

"We will work toward that goal," Carter said. "If we think we need more time, I'll let the court know."

Carter noted that factors beyond the state's control, such as the length of time it takes for evidence to be tested at the crime lab, could delay the tentative August setting.

Miller addressed a motion Hyde recently filed seeking to reduce Meachem's current $1 million bond and scheduled a hearing on the matter for Jan. 28.

Meachem is currently being held in the Bowie County jail.

Meachem was allegedly sent home from school Oct. 25 following a verbal confrontation between him, Martinez and some friends of Martinez, according to a probable cause affidavit. Meachem allegedly had a friend text his address on Sidney Drive in Texarkana, Texas, to Martinez so the fighting could continue.

Martinez and a group of friends allegedly arrived at the house in a white GMC Yukon. Meachem allegedly reported to investigators that he "specifically saw a 1911 (type of pistol) with an extended 30-round magazine from the guy in the passenger side of the Yukon but did not get out of the truck with it," the affidavit states.

That allegedly prompted Meachem's brother to retrieve a firearm from his home and place it beside a tire on a family member's car parked in the driveway.

"He stated that he did not mean to kill anyone," the affidavit states.

If convicted of murder, Meachem faces five to 99 years or life in a Texas prison.