JO MURPHY: Comfortable in my skin until there's a camera 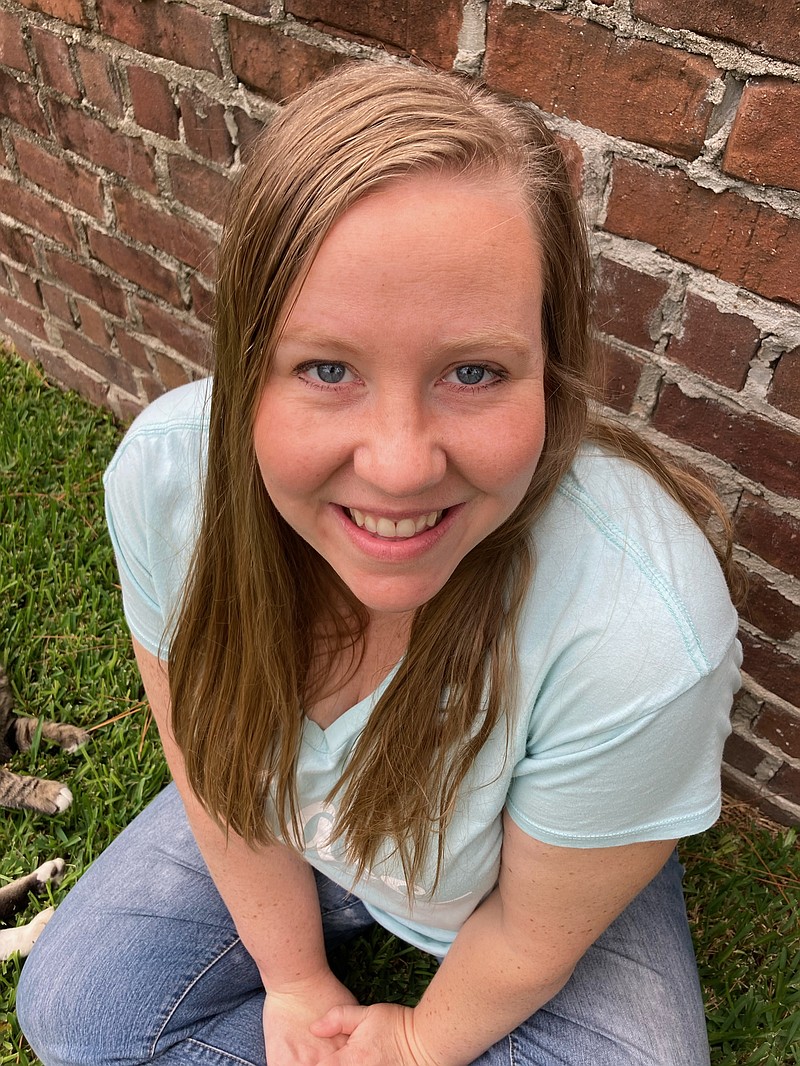 I don't do New Year Resolutions. Rather, I don't do the Americanized, pop-culture version of them. (At what point did "I am resolved" become code for "I am going to make myself a promise that I know I will break"?) However, I do present myself with New Year goals.

Christmas is a season in which I spend my energy on my children. The New Year is a time that I give to me. Here's what I mean. What is something that I wish for? What is something I've spent last year, or a lifetime, longing for? Hint: I rarely long for items that I can purchase from Amazon. I long for the development of my character.

No, I don't really do New Year's Resolutions. But I do use the novelty of a new beginning to consider an aspect of my life that I want to be different. I use January to analyze that which I have the power and the will to change.

I'm not going to waste my hutzpah choosing to exercise. I don't like exercising. I know that I don't care enough about kettlebells to follow through, so I won't bother considering them in January.

I know I need cardio and strength training and yoga and pilates and probably a Peloton if the commercials can be trusted. And I will choose to consider them, say, next month. But I would no sooner give myself exercise than wrap a can of cabbage and put it under the Christmas tree for my 6-year-old. Yuck. The same goes for blogging. I'm just not going to blog, no matter how much people tell me that I should.

Once I decide what to change, I map out a plan for how I'm going to do it. Then I spend the rest of the year pouring my energy into making it happen.

One year, I chose to learn how to sew. I spent January charting what I needed for this endeavor. I needed a machine. I needed something that I wanted to sew. I needed someone I could call on as I was learning to read patterns. But mostly, I needed time. And that is the crux of my New Year's gifts to me. What is something that I care enough about that I am willing to etch out precious hours of the day to see done? (It will never be running).

I've given me so many wonderful things over the years that January has become my favorite time of the year. I've become a person who reads different kinds of books. I've learned to invest money in things that I personally need (like new socks; I learned one year that I could actually go to the store and buy socks for myself rather than perpetually putting personal purchases on the chopping block). I've learned to bake.

I've performed many home makeovers over the years, learning skills like laying floor, painting, and caulking. One year I even devoted myself to learning upholstery. And I've accomplished none of these things in January. But I've used January to make room for them, spending the rest of the year following through.

This year I wish for ... something complicated.

Six months ago, after I agreed to coordinate women's ministry functions at Fellowship Bible Church, my pastor asked me to turn in a picture for the church website. I love ministry, but not enough to publicly post a picture of myself for all to see. So, for six months I have put him off. I've lied, telling him I'll get to it soon when I know perfectly well I have no intention of ever, ever giving him that picture.

But that's going to change this year, because in 2022 I'm going to learn to love having my picture taken. I'm still working on the details, but I'll share what I've got so far.

First, I'm going to confront my inner demons, my thought distortions that have trained me since childhood to be dissatisfied with a filmed representation of my person. I'm going to address the voice in my head that says "give me a real smile."

I'm going to remind those negative self-thoughts that I feel lovely most of the time, so I am attractive most of the time. I'm going to acknowledge that I don't feel pretty when a camera is pointed at me, so film rarely reflects an accurate version of small things like the lift of my eyebrows, the tilt of my chin, the sparkle in my eyes.

Second, I'm going to acknowledge that I'm completely normal. I know countless women who are stunning, yet uncomfortable having their picture taken. Many of these women, like myself, feel confident in their looks until the threat of a flash is imminent. So I'm going to dig into the psychology behind this phenomenon.

Last, I'm going to invest in personal professional pictures. This one is a stretch. I may have learned to spend money on things like new clothes and makeup. I've convinced myself that my children need to grow up in an environment where Mom cares for herself. But I would never spend money on a trip just for me, a car just for me, fancy pictures just for me. There are simply too many needs in a large household for that to be realistic.

And yet, I know deep down that those words are partly a cover for an old lie leftover from a dysfunctional childhood: The lie that an investment in me is a waste of money. And so, I am considering attacking that lie. I'm considering shelling out cash, just for me, because I think in this instance it might be good for my development.

I'm not ready for that last big step. I know that if I scheduled a photographer tomorrow, I would Venmo her, get the digitals, and weep. I know I would see pictures that I don't like and say something like, "This is why we don't spend money on photos."

I don't do New Year's Resolutions. But I am resolved. This year I am gifting myself personal photographs that I love. It's OK that it will take all year to get there.

(Jo Murphy moved with her family to Texarkana's historic Highland Park District in December of 2019. She loves laughing with her kids, doing life with her neighbors, and live music of all kinds.)

Print Headline: JO MURPHY: Comfortable in my skin until there's a camera