Smith's swagger shines alongside insecurities in autobiography 'Will' 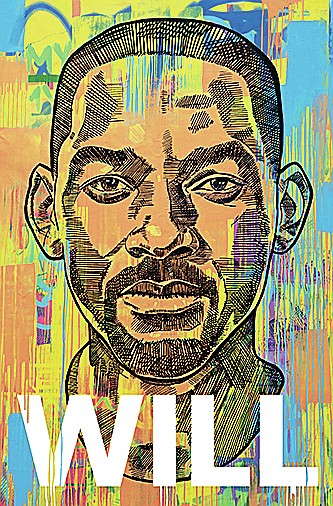 In show business, it's common knowledge that success rarely happens in a straight line. But for a 21-year-old Will Smith, it was impossible to know that one night in 1990, his career was about to skyrocket as he sat in Quincy Jones' Bel Air mansion with a script in hand.

The iconic music producer had an idea, this time for a TV show.

The timing was perfect. Smith, having recently experienced wildfire success in the fledgling hip-hop world, had hit a rut. Despite winning the first rap Grammy Award, Smith's sophomore album was a commercial flop, crowds at shows were thinning, and his first real relationship had ended in flames. Smith and his posse were living in an upscale suburban Philadelphia pad, but huge sums of unpaid taxes meant the flashy cars, pool table and speaker systems had to be liquidated.

And one little fight inside a radio studio put the rapper behind bars.

"I didn't have a dime to my name," Smith writes in his newly released autobiography, "Will." "But as I sat in that jail cell, facing aggravated assault, criminal conspiracy, simple assault and reckless endangerment charges for a punch I hadn't even thrown, I finally understood a term I'd heard many times before. Rock. Bottom."

So goes the roller coaster of celebrity, documented in "Will," written with self-help author Mark Manson. Although Smith's television break doesn't come until halfway through the book, there's an energy that crescendos until success is undeniable.

Raised in middle-class West Philadelphia under strict demands from his former-military "Daddio," Smith often reflects on a youth spent in a balancing act of identity.

At Catholic school, he learned the art of code switching, molding himself to fit in with his mostly white peers. His teenage years at the mostly Black Overbrook High School, however, flipped that script. Here, it's a delight to watch the bulletproof swagger of the Fresh Prince persona take form.

But persona is a keyword, as Smith shatters any illusion that the sheen of his rap and television namesake was anything innate.

"I'm a master storyteller," he writes. "I thought about showing you the pretty me, the flawless diamond. A swaggy, unbreakable winner. A fantasy image of a successful human being. I'm always tempted to make-believe. I live in an ongoing war with reality."

The real Smith, the one that yells, cries, experiences heartbreak, is much more interesting. Early on, his act gives way to images of unhealthy relationship patterns marked by people pleasing and insecurity.

Elsewhere, "Will" rewards music fans with memories of hip-hop's early days, when getting a song played on the radio was a crowning achievement and selling rap albums was almost inconceivable.

An acolyte of the genre's '80s gurus Rakim and Grandmaster Caz, Smith recounts how rhyming soothed his inner turmoil and thirst for acceptance. One gem is an anecdote about Smith and his prodigious DJ, Jazzy Jeff, busing up to NYC to spin records in front of legends like Grandmaster Flash.

Many times, "Will" is guilty of self-mythologizing, with Smith doubling down on the hokey motivational speak and exaggerated bravado. When cracks in Smith's armor show, he wastes no time building himself back into Will Smith, the unflinching megastar. Just because he can name his insecurities doesn't mean they've disappeared.

Still, that bravado defined some of Smith's most iconic roles, launching him from West Philadelphia onto the global stage.

At the Bel Air party, Quincy tells Smith he has 10 minutes to prepare for an impromptu audition in front of A-list party guests like Steven Spielberg and the head of NBC -- despite never acting a day in his life.

The future of "The Fresh Prince of Bel Air" is on the line.

While there are many versions of Smith seen in "Will," it's the natural-born star who responds.

Print Headline: Smith's swagger shines alongside insecurities in autobiography 'Will'