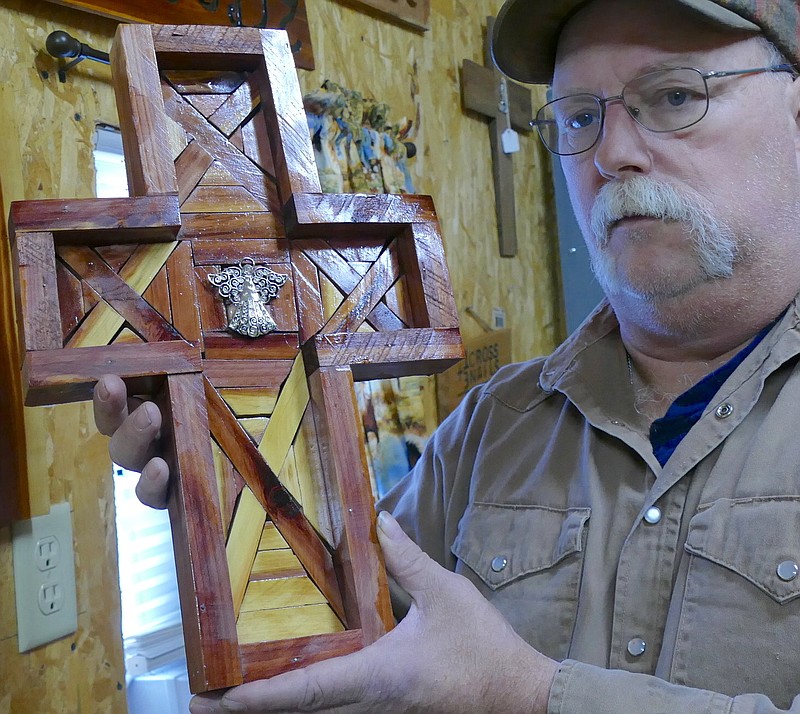 Jerry Stroman holds his favorite creation, a cross brought together with haphazardly chosen pieces of wood, all centered by a shining angel. (Photo by Neil Abeles)

"Just Piddling" is not quite the right name for Jerry Stroman's wood creations, but it's the one he chose when his grandchildren came to his little shop one day and asked what was he doing.

And then he recalled the day he was "just piddling" indeed and made a church cross out of several pieces of cast-off wood.

"I looked at the cross in my hand and felt a great deal of satisfaction come over me," Stroman said. "I felt I had made something important, something meaningful. Random pieces of wood had just come together to form a cross. And I thought of a bright shining angel in the center."

Now any piece of metal or wood -- anything solid which can be re-arranged, painted or polished -- any of these things might become a cross. Once lighted and placed on a shelf in the little workshop in his front yard in Maud, Jerry's work is meant to be shared.

"I can remember almost every piece I've sold, when and who to. I hope it's giving them the same good feeling."

Such clear detail is evident when stepping inside the Just Piddling Wood Craft and More workshop out in the Maud countryside. Here are flags, signs, important sayings such as "Life is better in boots," all lighted on spacious shelves.

The building was once to have been a living space but now it has been turned into a shop.

The Stroman name is a common one in the area. Jerry has worked in the oil field, in the corrections field and is now with Welch Propane Gas Company. He grew up in the Maud and Redwater areas. Here he met and married Marie Harris. She's the one who suggested he have a store.

He's also spent more than 27 years in volunteer fire departments. This is one reason he takes old fire extinguishers and makes them into desk lamps. These experiences have also given him a levelheaded look on life. He calls himself a "gabber" for liking to talk so much.

"I'll probably expand my woodcraft business," he said. "There are a lot more such markets around, and I try to be different and my price is right."

That means a lot more crosses are likely to come from the Just Piddling workshop.

"I want them to mean something. They're not just pretty pieces," the local craftsman said. 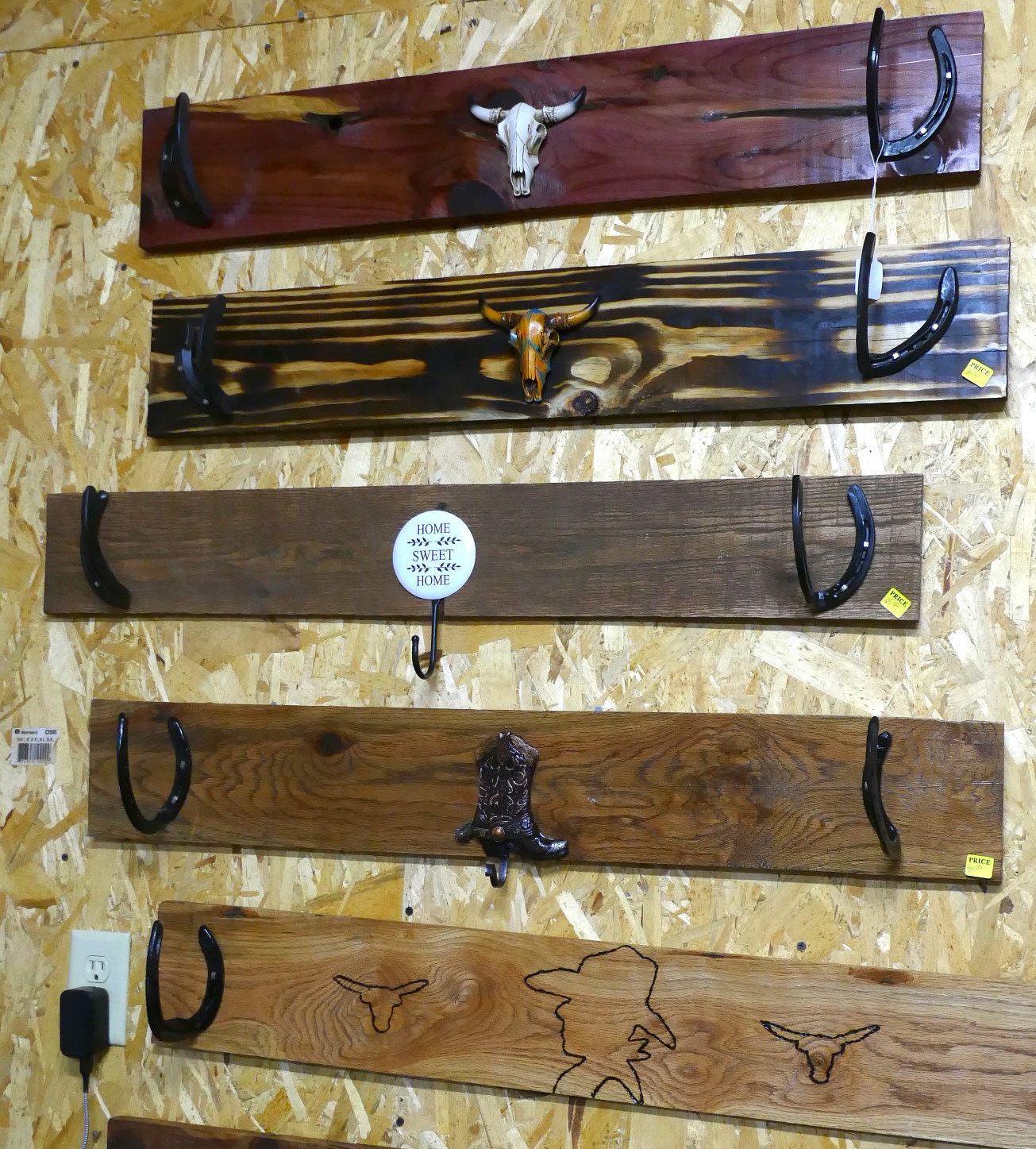 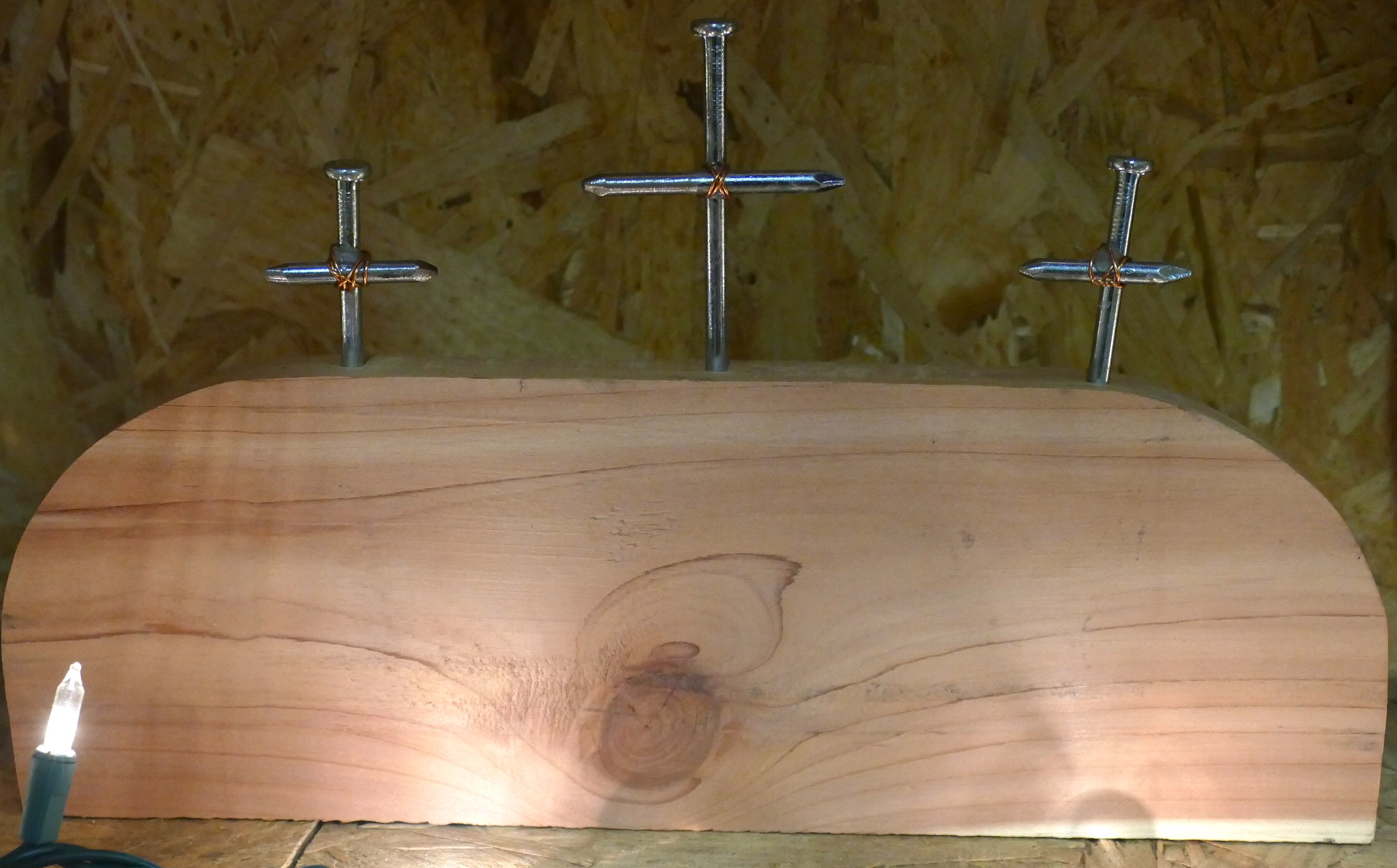 Jerry Stroman takes his work seriously. Here are three crosses on a hill, which could be a tomb, made of nails held together by twisted wire. (Photo by Neil Abeles) 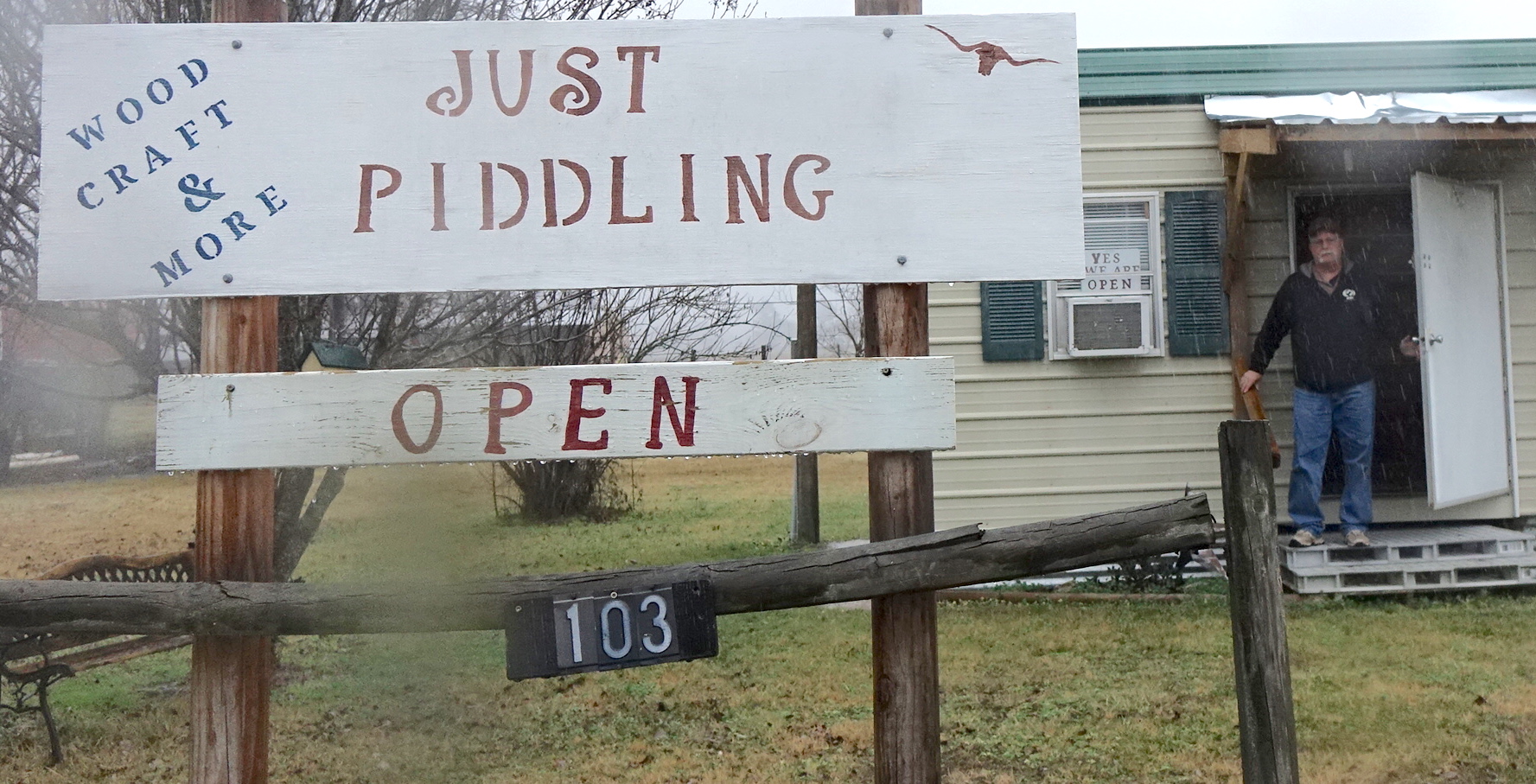 It’s Saturday, it’s raining, but Jerry Stoman has opened his Just Piddling wood workshop in Maud. The little building is his showroom. (Photo by Neil Abeles)

Jerry Stroman calls his shop “Just Piddling,”but one can tell he’s taken a lot of artistic care with his work. (Photo by Neil Abeles)