Historic, trendy and vibrant, Turkey ever a land of plenty 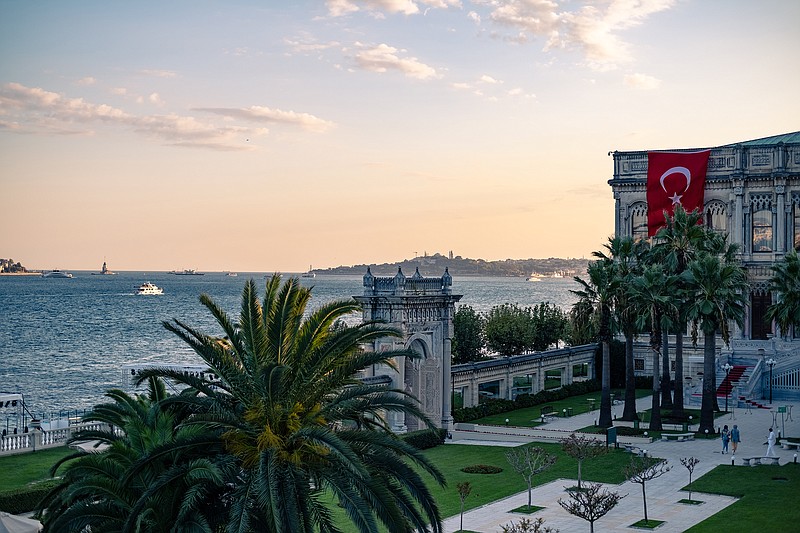 As a world traveler, I had put one destination on hold until three things aligned: finances, timing and motivation. But with rumors of a travel ban on the horizon, I accepted the reality that money burns, time melts and memories are the only impressions we can brand on our minds.

Before masked smiles and elbow bumps became an international form of communication, my husband, Benjamin, and I stacked hands on Turkey, going all in on what would be our last trip for 18 months. We'd been craving the sub rosa side of Turkey by dividing our trip into three parts: city, country, coastal. It was our own geographical version of "Eat, Pray, Love" without the soul-searching.

From LAX, we traveled nonstop with Turkish Airlines, offering complimentary city tours and hotel accommodations for layovers over five hours. For us, part of going "all in" meant this would be a journey of firsts (and possibly lasts) including flying business class. I just had to try everything including Turkish delight, turndown service and Versace amenities. Fifteen hours later, we landed at the Istanbul Airport -- the world's largest costing $12 billion.

We checked into Ciragan Palace Kempinski Istanbul, adorned with marble columns and chandeliers bigger than my truck. As the only Ottoman palace-cum-hotel on the Bosphorus, it introduced us to this narrow strait between Europe and Asia.

The best water views were from the hotel's restaurant, Tugra. Black-tie waiters, candle-lit tables and paintings by Fausto Zonaro had me wide-eye my husband in financial fear.

Ottoman and Turkish dishes of lamb shank and duck tandir were served with oil-bathed olives, hummus, eggplant, feta and other meze. Benjamin leaned over and whispered, "Exhale. An entrée costs less than $30."

Living large without regret, we decided to go full-Sultan-mode. By day we would sightsee, and by night we would sink into tasseled pillows while devouring desserts from housekeeping: dried fruits, flaky baklava and chewy lokum cubes of pomegranate, orange, and honey.

Calories were burned during our four days in Istanbul with Sea Song Tours. From the meditative Suleymaniye Mosque, to the Constantine column of the Byzantine Hippodrome, history came alive in this tangible textbook.

While Benjamin absorbed insights on religion and architecture, I found myself charmed by some of the 250,000 stray dogs and cats that roamed the city. These healthy-looking fur-babies were everywhere, passed out on pavement with bellies to the sky. Local government provides food and medical care, so technically, they are "home" at the gates of a 16th century mosque.

How could they not be? Between the mosaics and domes of Hagia Sophia, we too felt the comforting reverence of this architectural masterpiece. Built in 537 AD, this Orthodox cathedral-turned-Ottoman mosque honors both the Christian and Muslim faiths as a tribute to one of the most important Byzantine structures created.

Religious freedom seemed almost celebrated in Istanbul, morphing my preconceived ideas of a turbulent nation into one of peace. On the Asian side of the Bosphorus, the artisan neighborhood of Kuzguncuk -- known for its colorful townhouses with gingerbread balconies -- had mosques, synagogues and churches practically sharing walls. English worship belted from Christian churches as the Islamic call to prayer rang from 3,000 mosques in the distance.

In a city of 15 million, this testament of religious pluralism and multicultural identity triggered a sense of coexistence and prosperity. Waterfront mansions framing the Bosphorus put Beverly Hills to shame, yet despite the affluence, locals were unpretentious and inviting, especially in Bomonti.

This Brooklyn of Turkey has a community vibe where everybody knows their neighbor. At the House Hotel we connected with locals who invited us for Turkish coffee at Halisunasyon and dinner at Batard. We stumbled on farmers markets, the Ara Guler Museum and Glories Chocolate to sample truffles with rose hips and lemon.

Void of burkas, brawn and bluster, Istanbul was brilliantly alive, poised in an urban posture with European game. I was hooked on Karakoy, a maritime trading center turned trendy art, fashion and food district. Framing cobblestone alleys were funky cafes and hookah bars, stowed beneath grand-old apartments veined with ivy and graffiti, as if the hipster offspring of Marseilles and San Francisco.

Paradoxical Istanbul calmed us in the Serefiye Cistern, and awakened us in the Grand Bazaar. Among merchants haggling copper and carpets were courtyards delivering respite from chaos. Pungent aromas of leather, coffee, tobacco and spices were landscaped by a vibrancy that dismantled false perceptions of a dark and monochromatic city.

Our second hotel certainly helped. In the Zorlu Center of the Besiktas district, Raffles Istanbul is the nucleus of some 3,000 boutiques, restaurants, and galleries. This cosmopolitan property boasts an impressive art collection, Michelin Star chefs and the largest spa in Istanbul.

From the hand-blown chandeliers to the custom murals in every room, design is in the details with Byzantine silks, Turkish textiles and gold mosaics. After Pan-Asian fusion at Isokyo, we headed to the spa for a traditional hammam treatment.

If laying naked on a marble slab wasn't foreign enough, we then had our hair washed, our bodies scrubbed, and buckets of water poured down our thighs. With sandpaper mitts in full motion, I rolled over to find Benjamin buried in a mountain of foam. "I think I'm missing a mole," I whispered.

Post-exfoliation, my skin felt like butter and my hair like silk. Yet, once was enough as we embarked on the "country" portion of our trip to Cappadocia.

Carpeting the Anatolian steppes of central Turkey were fairy chimneys, cliff-hewn pigeonholes and Dr. Seuss-like rock formations sculpted by centuries of wind and rain. Beneath this moonscape are 36 underground cities including Kaymakli, dating to 3000 B.C. Complete with storage, stables and cellars is this human ant-farm that sheltered 2,000 people during Arab-Byzantine wars.

To maximize our experience, we leaned on Ismail from Travel Atelier. From the rock sanctuaries at Goreme National Park, to the tandir lamb at Aravan Evi, Ismail delivered on all fronts, including a last-minute hot air balloon ride at 4 a.m.

Floating 1,500 feet above Rose Valley, we were one among 100 hot air balloons peppering the sky.

Perhaps the most impressive vantage point of the balloon colony was from our hotel, Argos in Cappadocia. In the hilltop village of Uchisar, this ambitious transformation project turned 51 caves into luxury rooms with reading nooks and in-suite plunge pools.

From their SEKI Restaurant are sweeping views of Pigeon Valley with vineyards, apricot orchards and stone spires jutting from the earth. It's in this historic cradle of silence where monks withdrew into solitude, and today, travelers enter a monastery of stillness, stirred only by the songs of nightingales and pigeon wings.

Our trip could have happily ended there, but eastward we went to Alacatı on Turkey's Cesme Peninsula. This seaside playground near İzmir is famous for its beaches, vineyards and stone houses, but it was boutique hotel Alavya that wooed us.

We would have never left our hotel had the town not been our winning temptress, enticing us with whitewashed storefronts draped in bougainvillea. Lazy dogs posed beneath Greek-blue shutters in Instagram-able moments, perfected only by kissing couples, yellow sundresses and shiny Vespas.

That evening we dined at Asma Yaprağı (Vine Leaf), where Chef Ayse Nur invites guests into her kitchen. Among the pyramids of Mediterranean-and-Turkish dishes were braised artichoke, stuffed zucchini flower and baked pumpkin with sun-dried tomatoes.

Despite our morning desire to beach-lounge, we couldn't leave Alacatı without visiting the wine region. As the birthplace of vitis vinifera (grape vine), Turkey's Aegean Coast accounts for 20% of the country's wine production. After an hour's drive we arrived in Urla, where we traced seven vineyards pouring award-winning blends like Urla Vourla and Nero D'Avola.

Finally, we got our day in the sun in Bodrum on Turkey's southwest coast. This gateway to beach towns and 5-star resorts landed us at Mandarin Oriental. Golf carts zipped guests between nine restaurants, a private beach, and rooms with views of Paradise Bay.

As hot air balloons are to Cappadocia, so are sailboats to Bodrum. Joining the masses, we cruised the mesmerizing peninsula to cradled coves, where we sprung from the top sundeck into the turquoise sea. I must have snorkeled for five hours, hovering over florescent coral and chasing schools of glitter. We lunched on roasted octopus, tuna tartar and lobster tagliolini. And then, I stretched out on the bow, lulled to sleep and dreamed of Turkey.

In my dream were utopian visions of a unified metropolis with many faces. There were mysterious caves, satin pillows and dogs and cats that lived in harmony. I saw a coastline splashed in five hues of blue. There were hundreds of hot air balloons floating above stone walls etched in time. And in the distance was the resounding cry of prayers echoing across valleys and canyons.

My reverie ended with a familiar voice.

"Wake up sleepyhead," Benjamin said. "It's time to go home."

Marlise Kast-Myers (marlisekast.com) is an author and journalist based in San Diego. She and her husband live at the historic Betty Crocker Estate where they run Brick n Barn (bricknbarn.com). 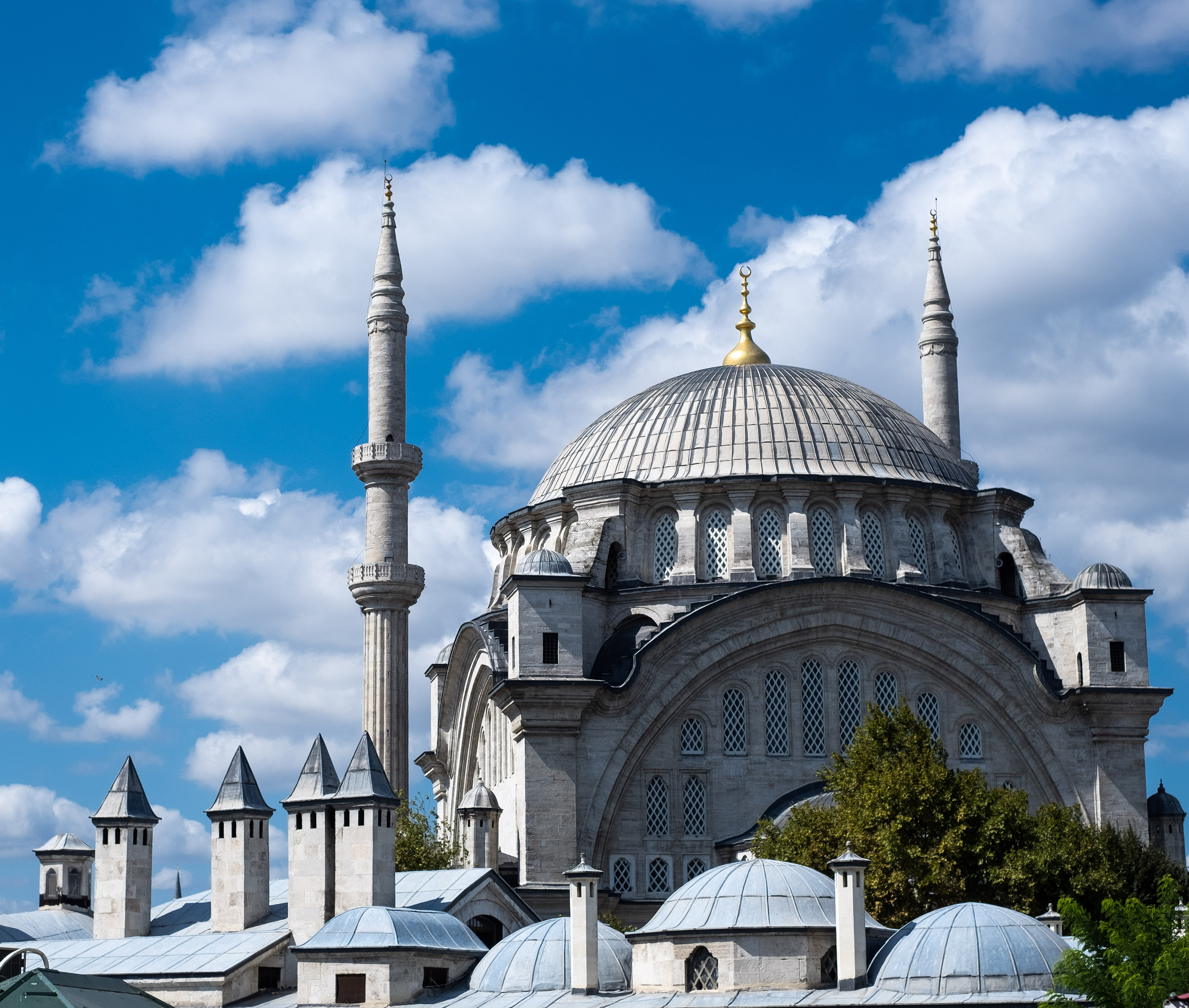 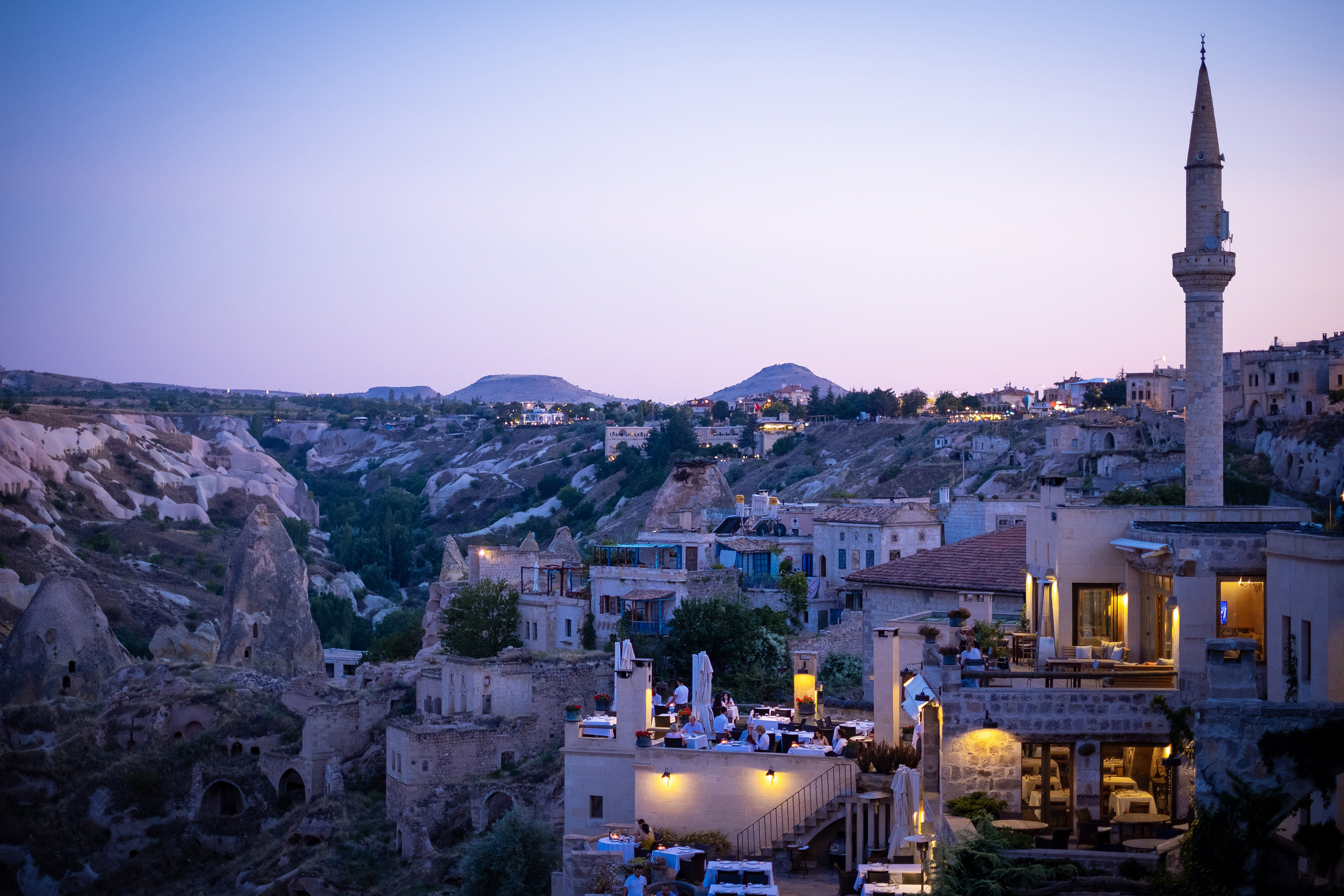 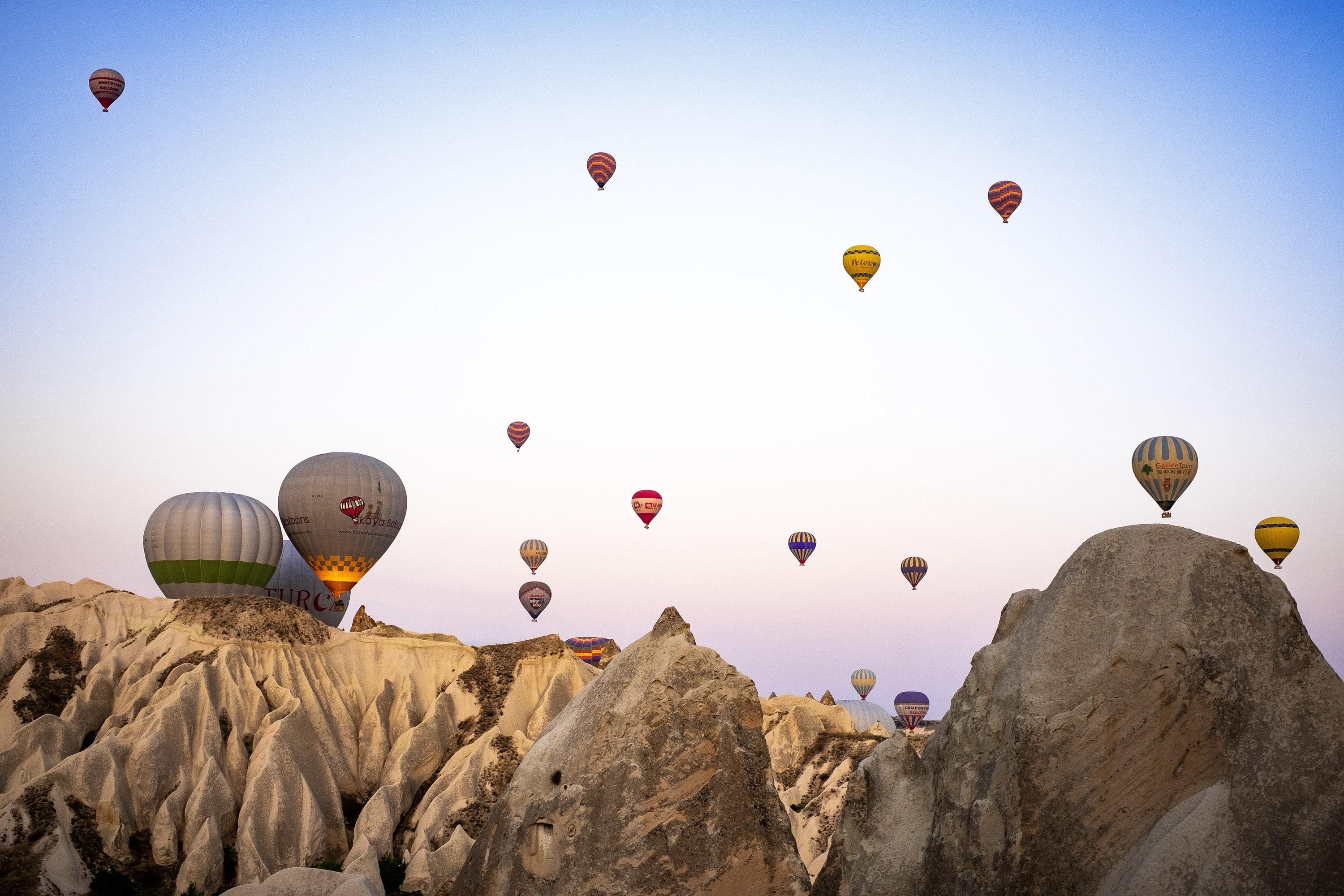 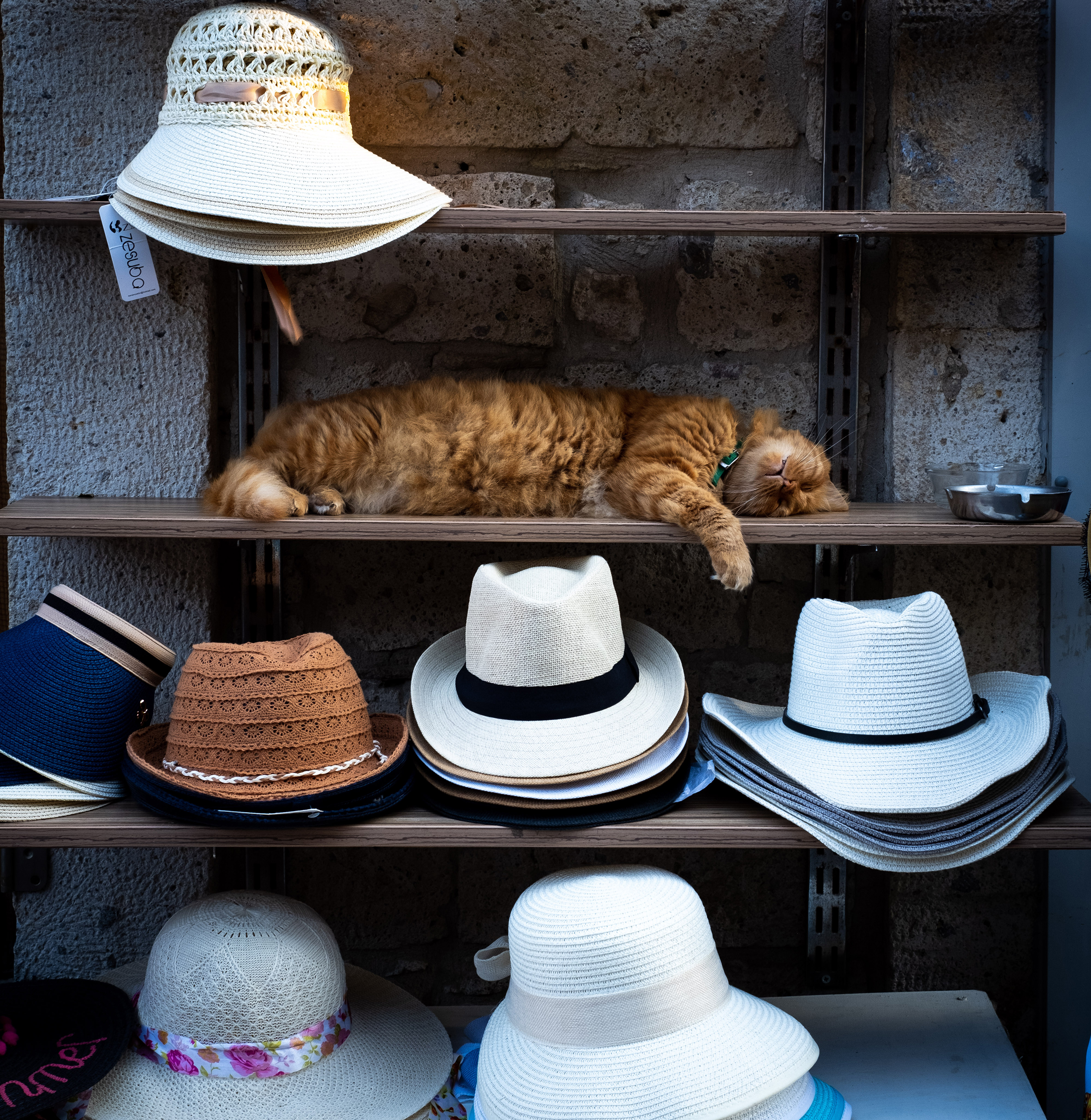 Print Headline: Historic, trendy and vibrant, Turkey ever a land of plenty