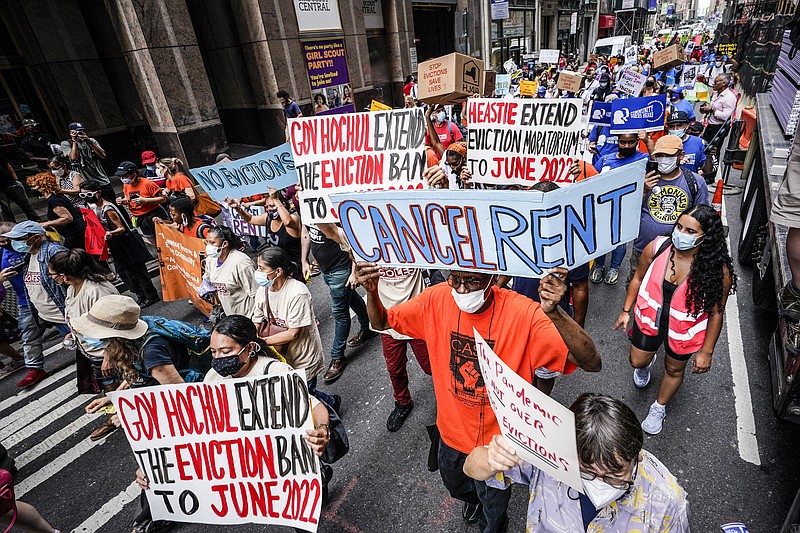 WASHINGTON -- Inflation jumped at its fastest pace in nearly 40 years last month, a 7% spike from a year earlier that is increasing household expenses, eating into wage gains and heaping pressure on President Joe Biden and the Federal Reserve to address what has become the biggest threat to the U.S. economy.

Prices rose sharply in 2021 for cars, gas, food and furniture as part of a rapid recovery from the pandemic recession. Vast infusions of government aid and ultra-low interest rates helped spur demand for goods, while vaccinations gave people confidence to dine out and travel.

As Americans ramped up spending, supply chains remained squeezed by shortages of workers and raw materials and this magnified price pressures.

The Labor Department reported Wednesday that a measure of inflation that excludes volatile food and gas prices jumped 5.5% in December, also the highest in decades. Overall inflation rose 0.5% from November, down from 0.8% the previous month.

"U.S. inflation pressures show no sign of easing," said James Knightley, chief international economist at the financial services company ING. "It hasn't been this high since the days of Thatcher and Reagan. We could be close to the peak, but the risk is that inflation stays higher for longer."

High inflation isn't only a problem for the U.S. In the 19 European countries that use the euro currency, inflation rose 5% in December compared with a year earlier, the biggest increase on record.

Companies large and small are adapting as best they can.

Nicole Pomije, a bakery owner in the Minneapolis area, said she plans to raise prices for cookies because of surging ingredient costs.

Her basic cookies were priced at 99 cents each, while premium versions were selling for $1.50 each. But Pomije said she will have to jack up the prices of her basic cookies to the premium price.

"We have to make money," she said. "We don't want to lose our customers. But I think we might."

Businesses struggling to hire have hiked pay, but rising prices for goods and services have eroded those income gains for many Americans. Lower-income families have felt it the most, and polls show that inflation has started displacing even the coronavirus as a public concern.

The United States hasn't seen anything like it since the early 1980s. Back then, Fed Chair Paul Volcker responded by pushing interest rates to painful levels -- the prime rate for banks' best customers hit 20% in 1980 -- and sent the economy into a deep recession. But Volcker succeeded in taming inflation that had been running at double-digit year-over-year levels for much of 1979-1981.

High inflation has put President Biden on the defensive. His administration, echoing officials at the Fed, initially suggested that price increases would be temporary. Now that inflation has persisted, Biden and some congressional Democrats have begun to blame large corporations. They say meat producers and other industries are taking advantage of pandemic-induced shortages to drive up prices and profits. But even some left-of-center economists disagree with that diagnosis.

On Wednesday, the president issued a statement arguing that the drop in gas prices in December and a smaller increase in food costs showed progress.

One trend experts fear is a wage-price spiral. That happens when workers seek more pay to offset higher costs, and then companies raise costs further to cover that higher pay. On Tuesday, Federal Reserve Chair Jerome Powell told a Senate panel that he has yet to see evidence that wages are broadly driving up prices across the economy.

The biggest driver of inflation, according to economists, are mismatches between supply and demand. Used car prices have soared more than 37% over the past year because a shortage of semiconductors has prevented auto companies from making enough new cars. Supply-chain constraints have driven furniture prices nearly 14% higher over the past year.

Shoppers are feeling the pinch all around them, from the gas station to the grocery store.

Vicki Bernardo Hill, 65, an occupational therapist in Gaithersburg, Maryland, says she no longer throws extra canned food, boxes of cereal or bakery items into her shopping cart at the Giant Food store.

"I am trying to stick to my list and buying things that are on sale, " said Hill.

Because she couldn't find a good deal on a used car, Hill recently bought a new Mazda, spending $5,000 more than she had planned.

Inflation could ease as the omicron wave fades and as Americans shift more of their spending to services such as travel, eating out and movie-going. That would reduce the demand for goods and help clear supply chains.

But some higher prices, such as rents, could prove to be stickier. Rental costs, which have accelerated since summer, rose 0.4% in December, the third consecutive monthly increase. That's significant because housing costs make up one-third of the government's consumer price index.

Powell told Congress that if it becomes necessary to fight high inflation more aggressively, the Federal Reserve is prepared to accelerate the interest rate hikes it plans to begin this year. The Fed's benchmark short-term rate, now pegged near zero, is expected to be bumped up at least three times this year.

Rate increases would make borrowing for a home or car more expensive, and therefore help to cool off the economy.

Some economists and members of Congress fear the Fed has acted too slowly to head off inflation and that this could eventually force even sharper rate increases that could damage the economy.

Republicans in Congress and even some liberal economists say Biden deserves at least some of the blame for high inflation, arguing that the financial rescue package he pushed through Congress last March added significant stimulus to an already strengthening economy. 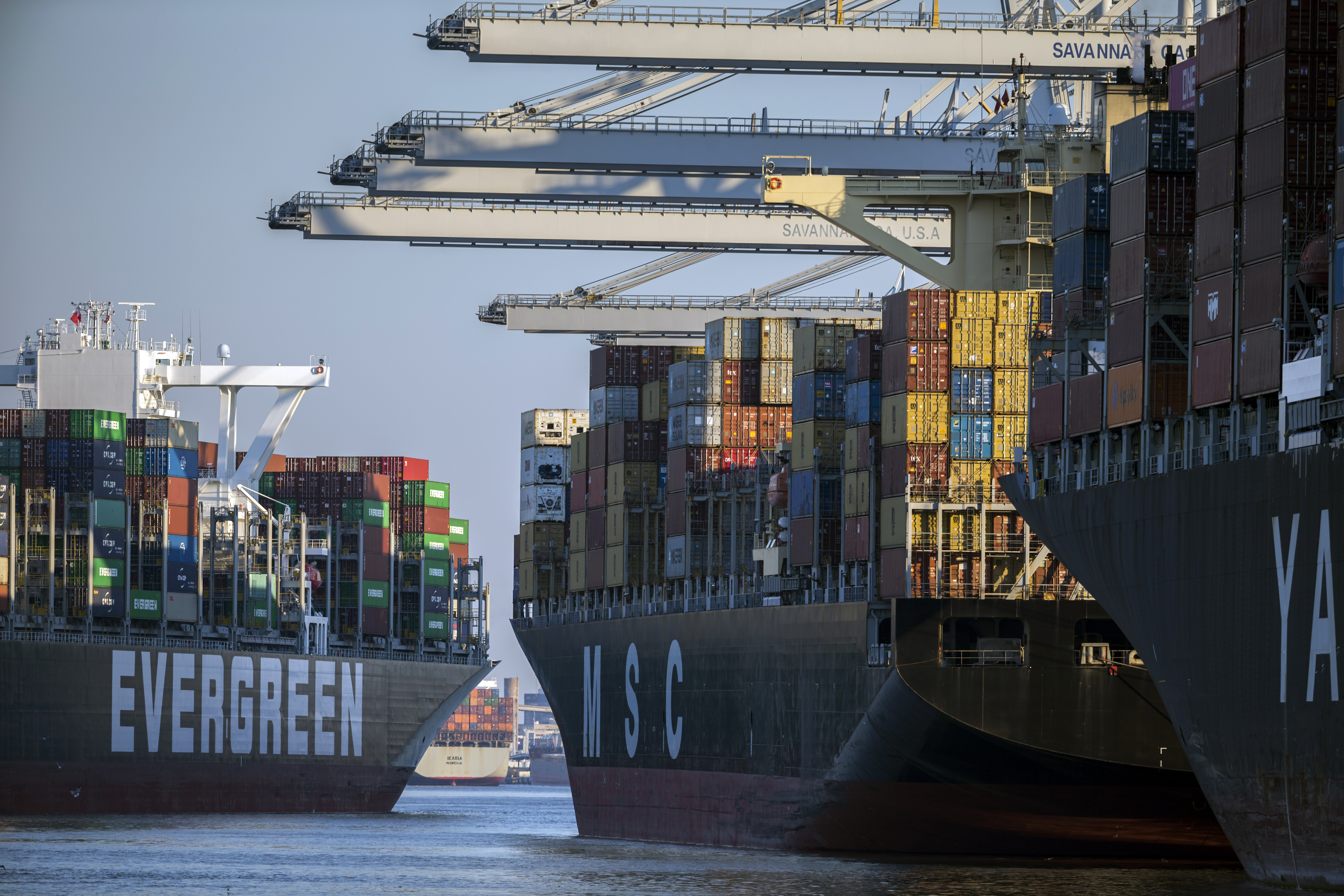 Container ship Ever Far, left, sails down river past the Georgia Ports Authority's Port of Savannah, Wednesday, Sept. 29, 2021, in Savannah, Ga. Inflation has spiked during the recovery from the pandemic recession as Americans have ramped up spending on such items as cars, furniture and appliances. Those increased purchases have clogged ports and warehouses and exacerbated supply shortages of semiconductors and other parts. (AP Photo/Stephen B. Morton) 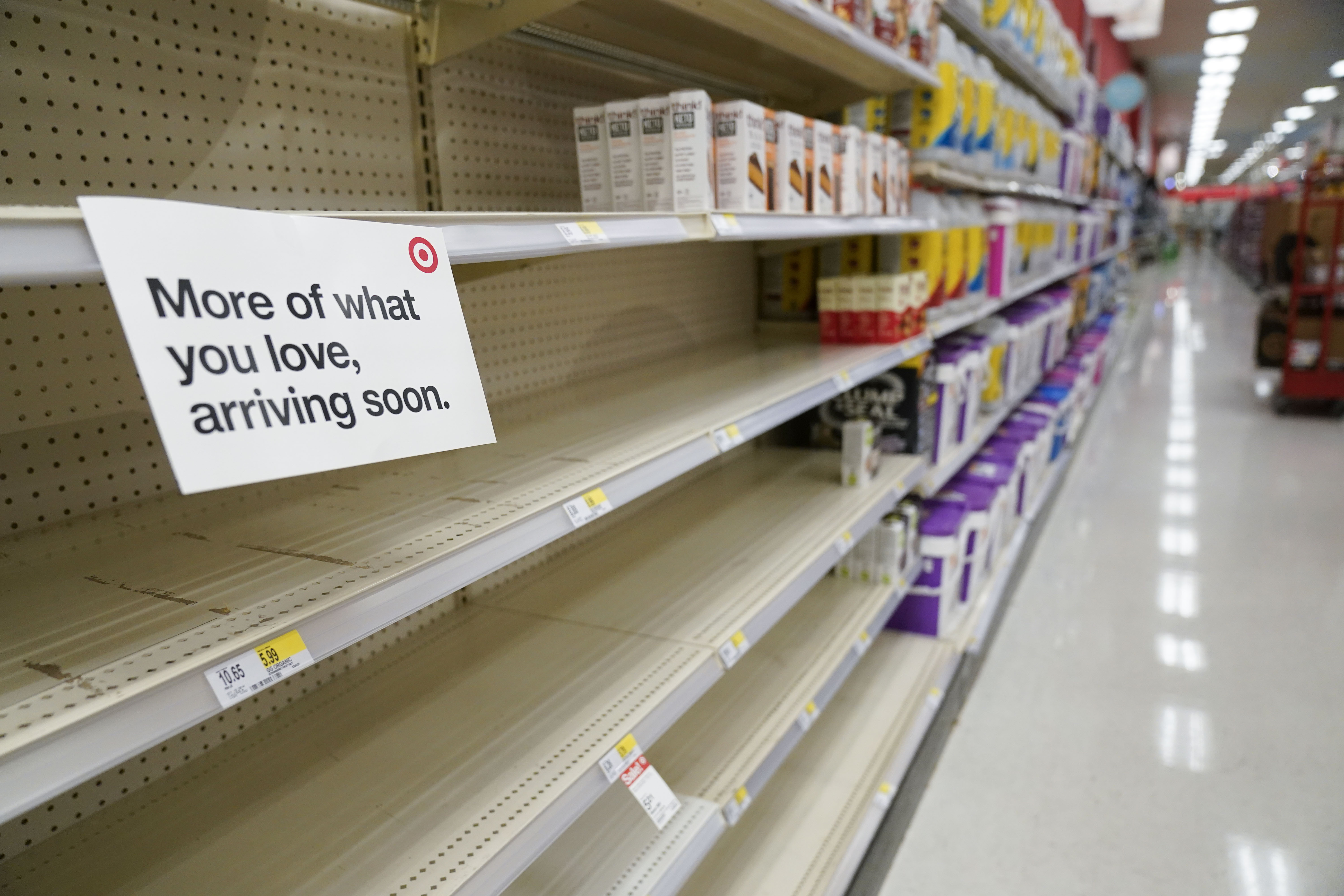 A sign tells customers that merchandise is on order at a Target store in Hackensack, N.J., Wednesday, Jan. 12, 2022. (AP Photo/Seth Wenig) 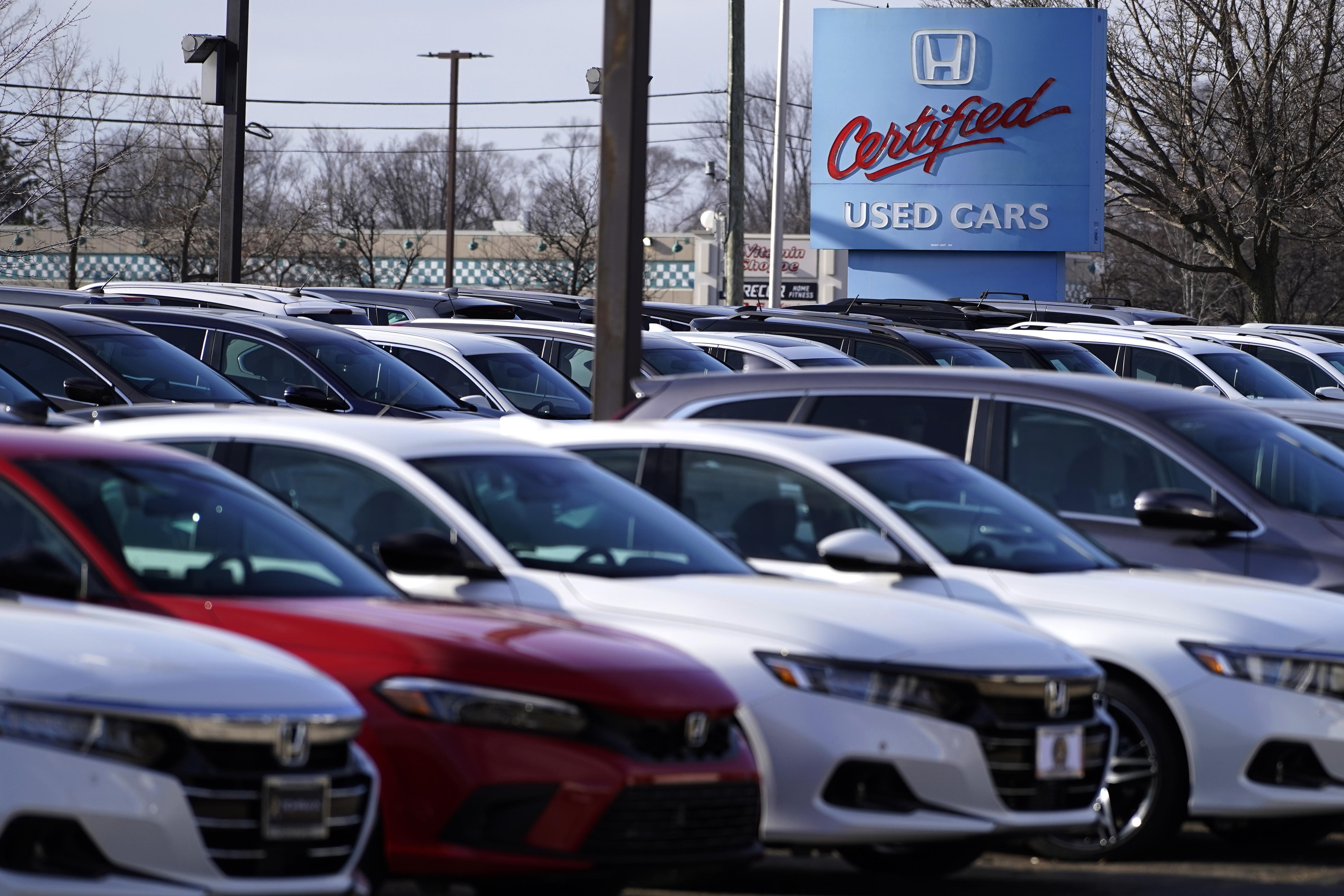 A dealership sign is seen outside of a Honda certified used car dealership in Schaumburg, Ill., Thursday, Dec. 16, 2021. Prices paid by U.S. consumers jumped in December 2021 compared to a year earlier, the latest evidence that rising costs for food, gas, rent and other necessities are heightening the financial pressures on America's households. (AP Photo/Nam Y. Huh) 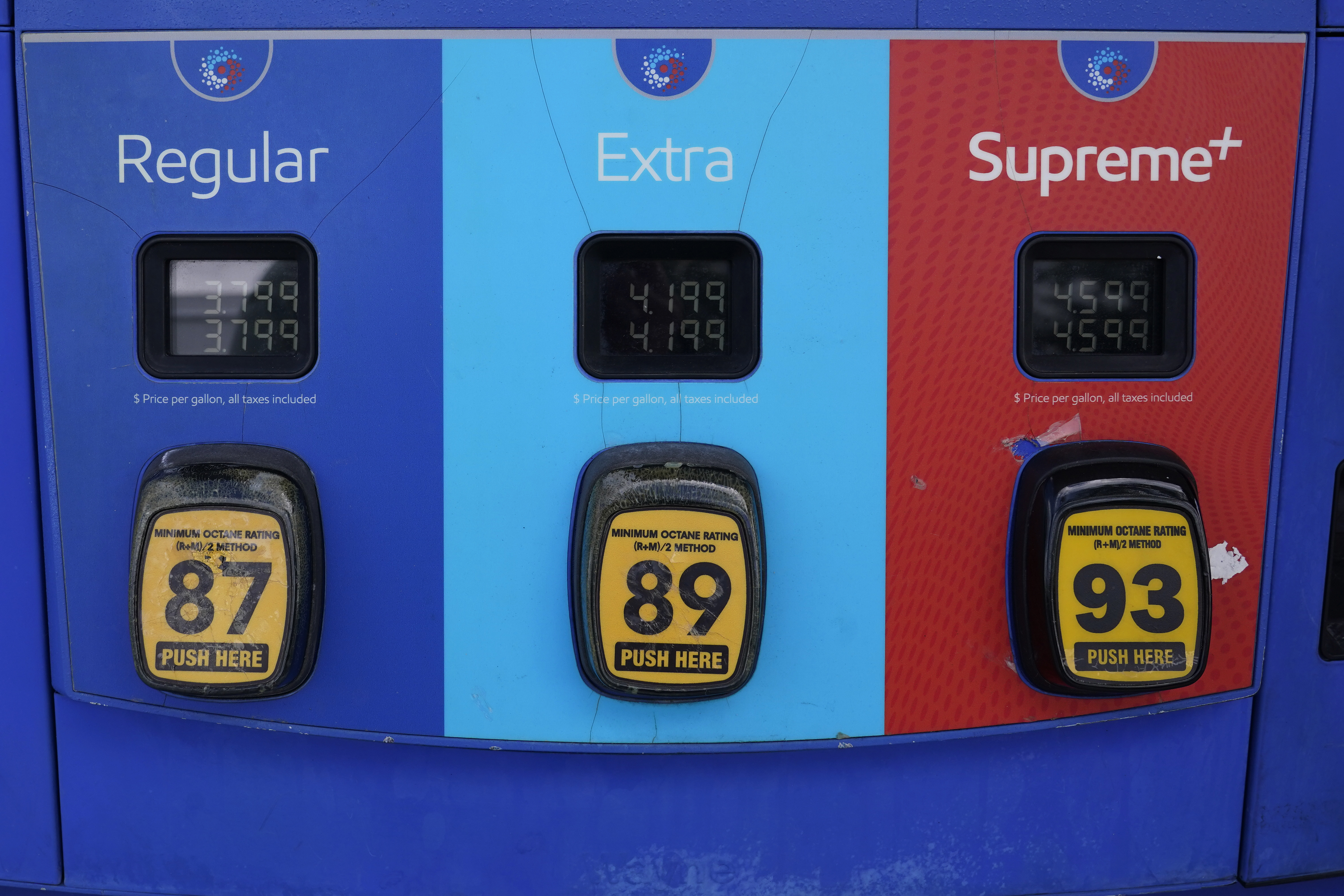 Gas prices are shown at a gas station, Wednesday, Oct. 20, 2021, in Miami. Prices paid by U.S. consumers jumped in December 2021 compared to a year earlier, the latest evidence that rising costs for food, gas, rent and other necessities are heightening the financial pressures on America's households. (AP Photo/Marta Lavandier) 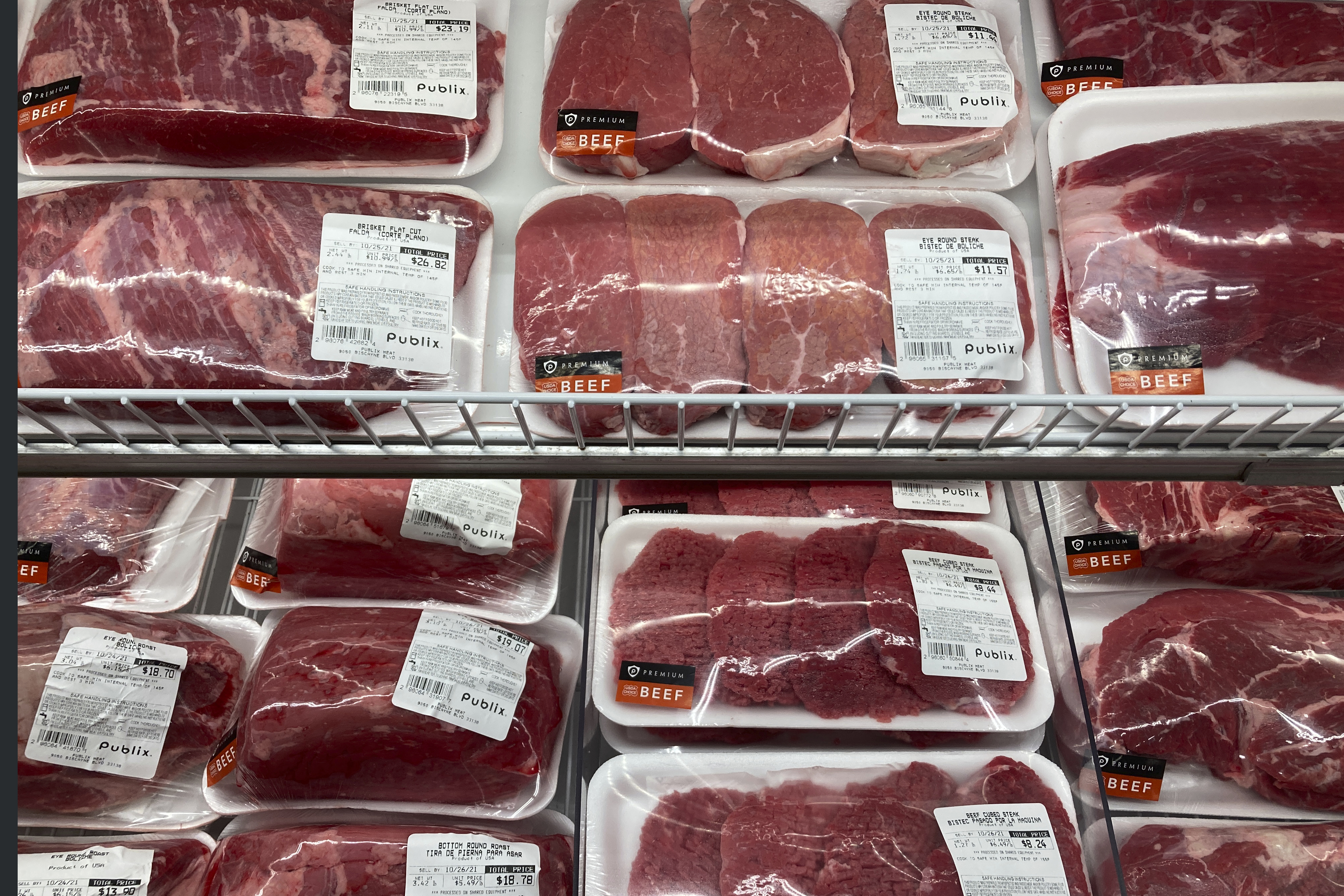 A selection of beef cuts is displayed at a Publix Supermarket, Wednesday, Oct. 20, 2021, in Miami. Prices paid by U.S. consumers jumped in December 2021 compared to a year earlier, the latest evidence that rising costs for food, gas, rent and other necessities are heightening the financial pressures on America's households. (AP Photo/Marta Lavandier) 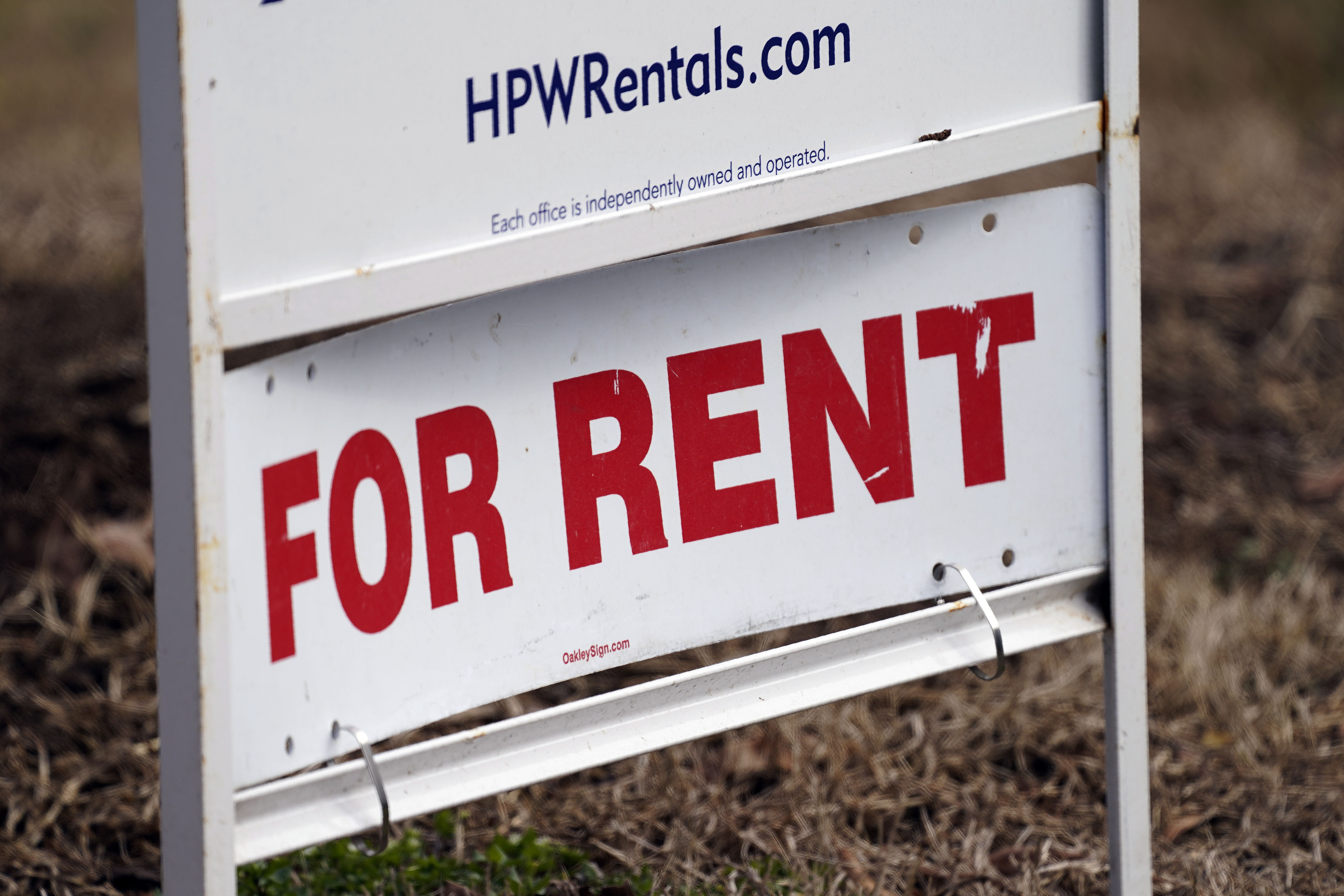 A for rent sign is displayed along a neighborhood street in Mebane, N.C., Wednesday, Feb. 10, 2021. Prices paid by U.S. consumers jumped in December 2021 compared to a year earlier, the latest evidence that rising costs for food, gas, rent and other necessities are heightening the financial pressures on America's households. (AP Photo/Gerry Broome) 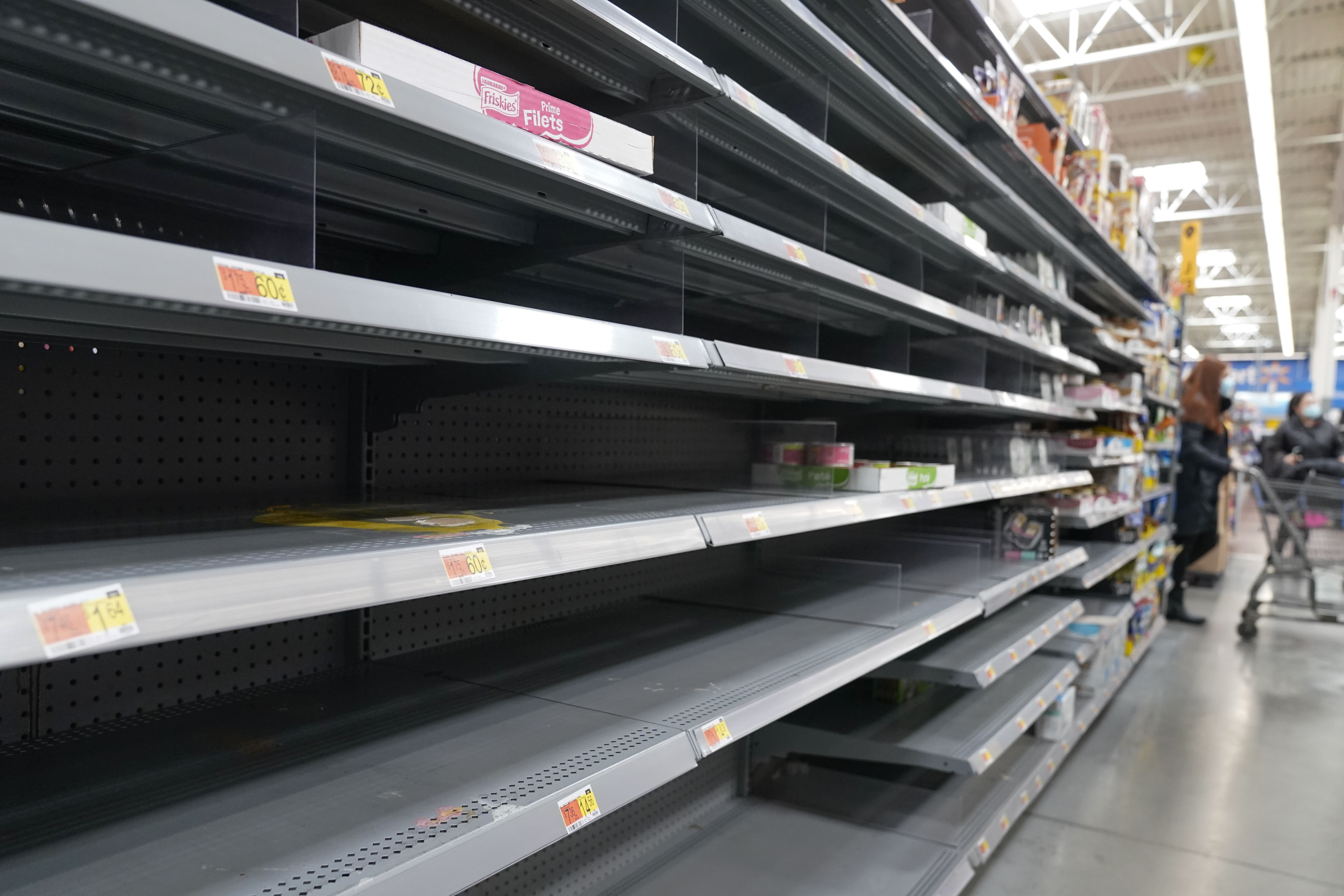