Rat who detected land mines in Cambodia dies in retirement 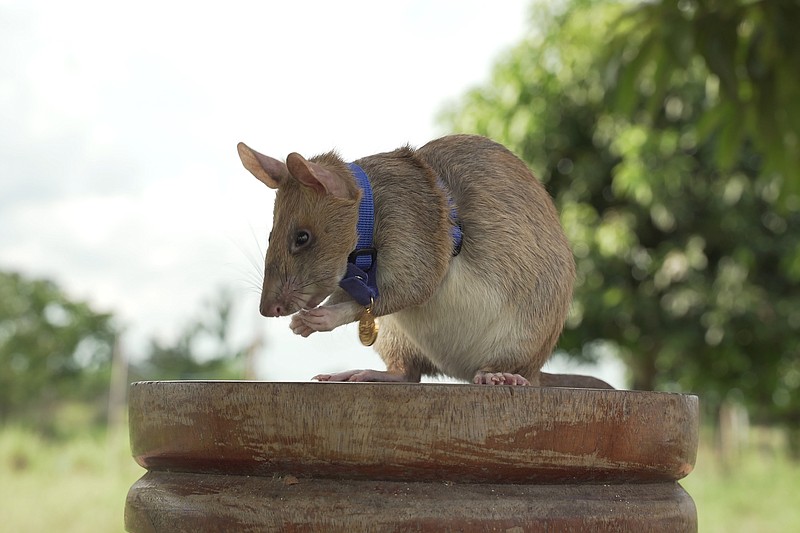 FILE - In this undated photo issued by the PDSA, People's Dispensary for Sick Animals, Cambodian landmine detection rat, Magawa is photographed wearing his PDSA Gold Medal, the animal equivalent of the George Cross, in Siem Reap, Cambodia. Magawa passed away in early Jan. 2022, said an announcement on the website of APOPO, a Belgium-headquartered non-profit group. The organization trains rats and dogs to sniff out land mines and tuberculosis. (PDSA via AP, File)

PHNOM PENH, Cambodia -- A land mine-detecting rat in Cambodia who received a prestigious award for his life-saving duty has died in retirement, the charity for which he had worked has announced.

Magawa, an African giant pouched rat, passed away last weekend, said an announcement on the website of APOPO, a Belgium-headquartered non-profit group. The organization trains rats and dogs to sniff out land mines and tuberculosis.

"All of us at APOPO are feeling the loss of Magawa and we are grateful for the incredible work he's done," the announcement said. Magawa was born in November 2013 in Tanzania, where APOPO maintains its operational headquarters and training and breeding center. He was sent to Cambodia in 2016.

The death of Magawa was announced a day after three mine removal experts working for another group were killed by an accidental explosion of an anti-tank mine in Cambodia's northern province of Preah Vihear. Almost three decades of civil war that ended in 1998 left Cambodia littered with land mines and other unexploded ordnance that continues to kill and maim.

APOPO's office in Cambodia posted condolences for the three dead and one wounded from the Cambodia Self Help Demining group.

According to APOPO, Magawa detected more than 100 land mines and other explosives during his five-year career before retiring last year.

"His contribution allows communities in Cambodia to live, work, and play without fear of losing life or limb," said the group. In 2020, the rat also won a gold medal from the Britain-based People's Dispensary for Sick Animals, considered the highest award for gallantry an animal can receive.

African giant pouched rats are believed to be especially well-suited for land mine clearance because their small size lets them walk across mine fields without triggering the explosives.

In retirement in Cambodia's northwestern province of Siem Reap, Magawa was housed in his usual cage, and fed the same food -- mostly fresh fruit and vegetables -- that sustained him during his active career. To keep him trim, he was released for 20-30 minutes a day into a larger cage with facilities such as a sandbox and a running wheel. His death at 8 years of age was not unusual for the species. 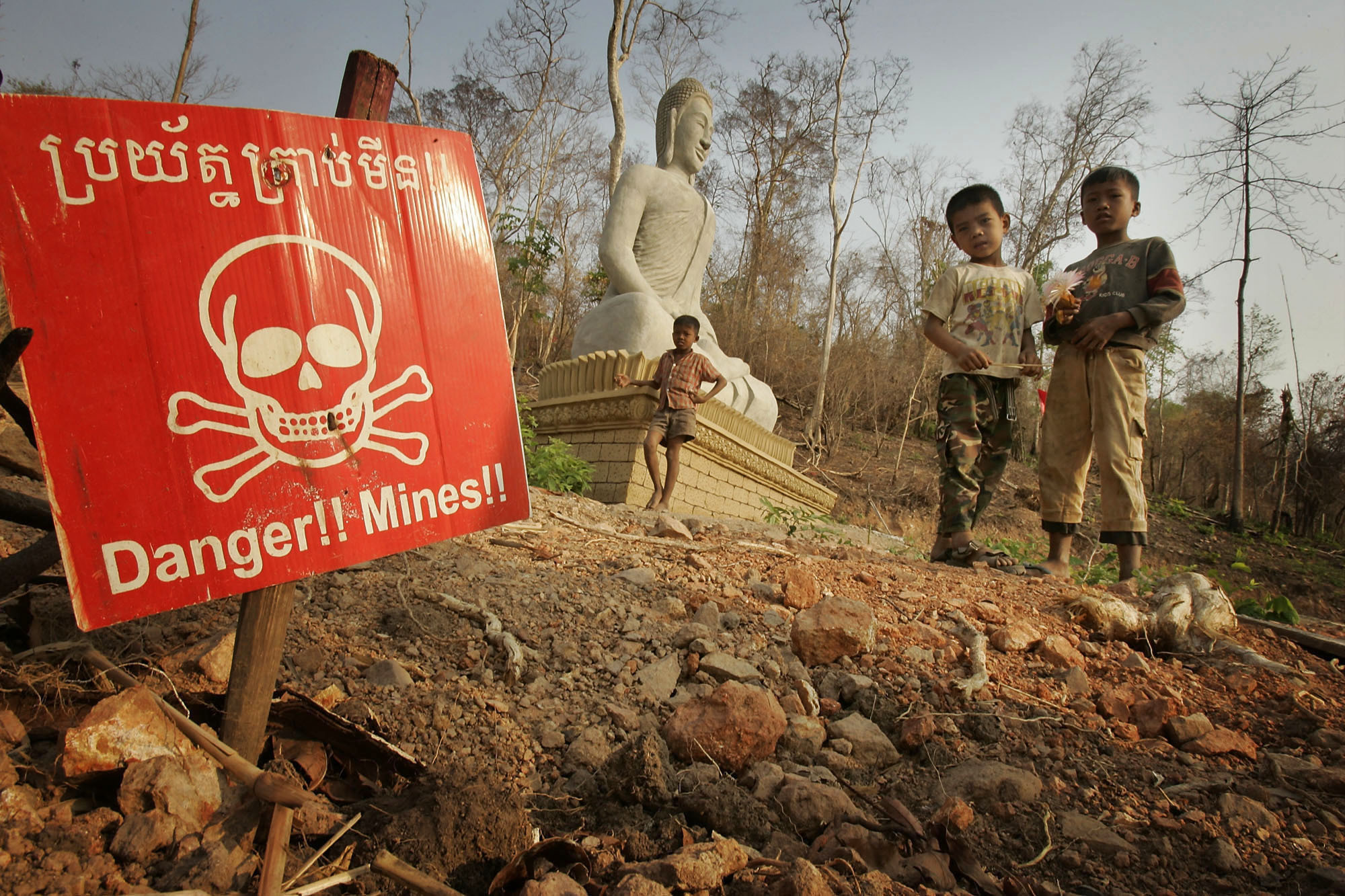 FILE - Children play near a landmine warning and a Buddhist shrine in New Village Border, Cambodia, March 10, 2005, along the Thai border. A land mine-detecting rat in Cambodia who received a prestigious award for his life-saving duty has died in retirement early January 2022, the charity for which he had worked has announced. (AP Photo/David Longstreath, File)