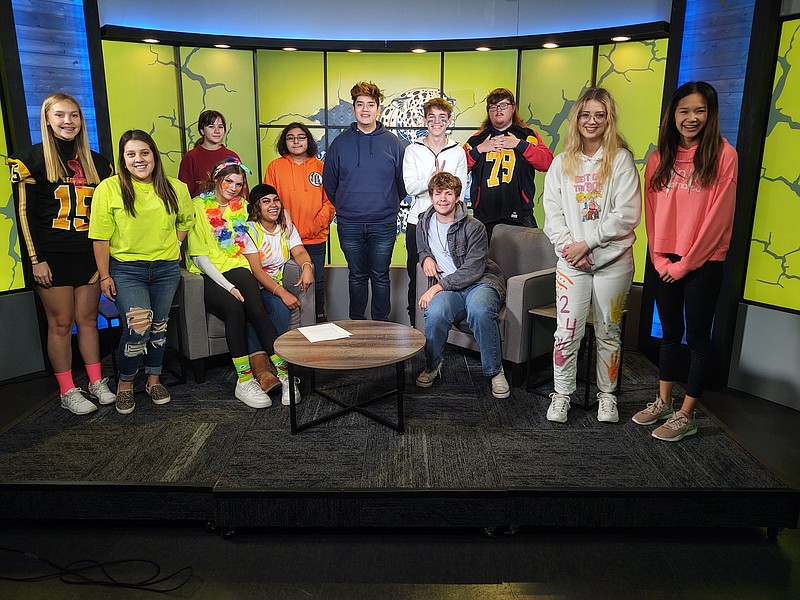 The school was recently awarded $41,753 as a State Start-up grant.

The program is in its second year at De Queen High, and Misty Gentry, the career and technical education coordinator, said it's been a great tool for the district.

"We initially started our television production program of study to be a bridge between the school and community to keep our stakeholders informed of the great things we're doing at this school," Gentry said. "Plus, as all the COVID issues have come up, it's been a really good tool to keep up with school happenings."

Now with about 25 students in the program, the equipment needed to keep it running became expensive. So, DQTV applied for the grant hoping for a boost in funding.

The grant's purpose is to help purchase equipment necessary to get students ready for industry. This includes things like cameras, microphones, studio equipment, tripods and more.

"At DQTV, we're just super excited to receive this support from the state," said program director Beau McCastlain. "We've had awesome local support, and we're excited to use these funds to grow even more and get students more prepared for a career in video production."

Gentry said the student response to the program so far has been promising, and community members have begun to take notice of how valuable this resource can be.

"We have partnered with KDQN Broadcasting, and they did some of the live-streaming with sporting events," she said. "We also have weekly broadcasts the kids do where they pick an area to highlight at the school and interview kids and teachers. And we put that out there, so I think the community gets a good sense of some of the great things we're doing at school that they wouldn't otherwise be aware of."

She and the rest of the program members are looking forward to what other ventures may stem from this project.

"We're really proud of how supportive our administration's been with this whole project," Gentry said. "Mr. McCastlain has done a wonderful job with the kids, and he keeps them excited. I think it's just going to get better and better."