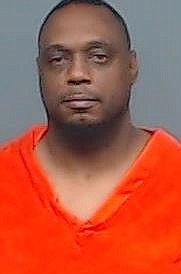 NEW BOSTON, Texas --A life sentence was announced Thursday for a Texarkana man who was 39 when a 14-year-old girl gave birth to his child.

A Bowie County jury deliberated less than 30 minutes Thursday afternoon before finding Christopher Jeff Langston, 47, guilty of sexual assault of a child. During the punishment phase of Langston's trial, the jury heard testimony that helps explain why the case was filed in 2020 instead of 2014 when the baby was born.

Texarkana Texas Police Department Sgt. D.E. Evans testified that he was the detective assigned to investigate a report made in February 2020 regarding a 14-year-old girl who disclosed to a teacher that Langston was sexually abusing her. That girl, now 16, was clearly uncomfortable describing sexual abuse that she said began within a couple of weeks of Langston's release from prison in 2019.

Evans testified that Langston's girlfriend, who did not testify during the trial, was receiving state funds for fostering the girl. The 16-year-old buried her face in her hands and swiveled in her chair as she recalled being sexually assaulted by Langston. She said that she told a teacher when she was 14 because she wanted the abuse to end.

"I told him it hurted (sic) but he forced it anyway," the girl testified.

Evans testified under questioning by First Assistant District Attorney Kelley Crisp that he spent hours listening to recorded phone calls Langston made from the Bowie County jail. A recording of Langston and his sister discussing a document that purported to be a recantation of the allegations signed by the alleged victim who told a teacher in 2020, was played for the jury Thursday.

Evans said copies of the document were delivered by Langston's sister to the police department, the district attorney's office and a judge's office. Richards displayed the document to the jury, pointing out that the word "affidavit" was misspelled and other language in it was grammatically incorrect.

The alleged victim in that case testified that she had no idea what she was signing at the time.

A jail call between Langston and the now 22-year-old woman who became pregnant by Langston at 13 and gave birth to his son at 14 caught Evans' attention as well. On that call, played for the jury Wednesday, Langston tells the woman not to tell anyone that he is the father of her child.

Evans did some digging and eventually acquired DNA samples from the 22-year-old, her son and Langston. A DNA analyst testified Wednesday that Langston is the father of the child with a 99.99 degree of statistical certainty.

And Evans didn't stop there. He took another look at reports from 2013 involving a now 23-year-old woman who was allegedly paid by Langston for sex on multiple occasions when she was 14. That woman testified Wednesday.

TTPD Officer Matt Cashatt testified that he investigated the case in 2013. The case was not prosecuted then for reasons including statements given by friends of Langston's who claimed the mother of that alleged victim was trying to set him up.

Multiple witnesses testified that they received threatening phone calls from unknown phone numbers in advance of the trial warning them about taking the stand. The 22-year-old woman who birthed Langston's child at 14 said she received a call or text messages last week and the night before she testified.

Evans, who received an award for his work on the case, testified that he was at the victim's home in May 2021 when she received a call from Langston made from a cell phone which had been smuggled into the Bowie County jail. Evans said he heard Langston tell the victim to deny he is the father of their child.

"I don't know what else you could do in Bowie County to deserve a life sentence," Richards argued. "Put him away so he can never have access to a child again."

Langston's court appointed defense lawyer, John Delk of Texarkana, asked the jury to consider more than just the worst about Langston. But the jury returned with a life sentence and maximum $10,000 fine after about 15 minutes of deliberation.

The last arguments the jury heard were from Crisp.

"What you heard this week is extraordinary criminal conduct that has gone on for years. He commits felonies while he's in the Bowie County jail," Crisp argued. "This is bigger than what happened to (the victim who had Langston's child). How could it get any worse? He's a dope dealer who rapes children."

Charges of sexual assault related to the other two alleged victims who testified against Langston remain pending as do charges of witness tampering and possession of contraband in jail.

After he dismissed the jury, 102nd District Judge Jeff Addison remanded Langston to the Bowie County jail, where he will await transport to a Texas prison.

Bowie County District Attorney Jerry Rochelle described the trial's outcome as "just and well-deserved punishment" and said his "prayers go out to the victims and their families."

"It is only fitting that since he ruined so many lives that the jury felt it was just punishment for him to forfeit his freedom," Rochelle said. "He earned every day."