Steering toward the 'middle' worked out for Anderson 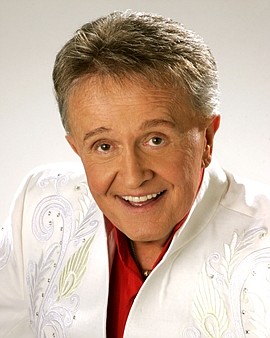 This week in 1974: President Richard Nixon signed the bill making 55 mph the maximum highway speed; Nixon rejected subpoenas for 500 tapes and papers; the U.S. Supreme Court ruled that pregnant teachers cannot be forced to take long leaves; government reports indicated that American women were reaching the highest rungs of corporate ladders and a singer from South Carolina was on his way to having his 43rd hit record.

Several artists have recorded songs that had been recorded by other artists and for whatever reasons decided to record the song themselves. And according to Bill Anderson, his 1974 No. 1 "World Of Make Believe" was one of those songs.

Bill said he heard the song on a record by Johnny Bragg in the 1950's. And at the time, he didn't think it was a song that he would ever record but years later, when country music began leaning toward a "middle of the road" sound, he became interested in recording it.

The song was recorded as an album cut but disc jockeys discovered the track and began playing it, so the label released it as a single.

He appeared in several movies, including Las Vegas Hillbillies, Forty Acre Feud, and Road To Nashville.

Bill hosted his own TV show in 1966, in addition to hosting several TV game shows, including The Better Sex and Fandango. He also hosted TNN's Opry Backstage.

Bill Anderson joined The Grand Ole Opry in 1961 and was inducted into The Country Music Hall Of Fame in 2001.

Join Doug Davis weekends from 6 a.m. to noon Saturdays for "Roots of Country" and 6 a.m. to noon on Sundays for "Sunday Country" on KPIG-FM Radio – 103.9. You can also listen online at Mypigradio.com.

Print Headline: Steering toward the 'middle' worked out for Anderson