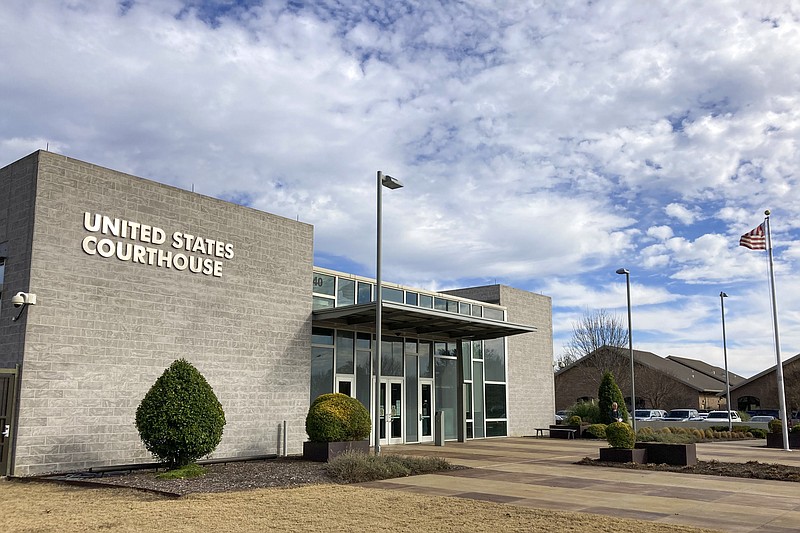 The federal courthouse in Plano, Texas, Friday, Jan. 14, 2022, where Stewart Rhodes, the founder and leader of the far-right Oath Keepers militia group, is set to make a first appearance in court on a seditious conspiracy charge. (AP Photo/Jake Bleiberg)

WASHINGTON -- The founder and leader of the far-right Oath Keepers militia group remained in jail after his first court appearance on Friday, a day after his arrest on charges he plotted with others to attack the U.S. Capitol to stop Congress from certifying President Joe Biden's 2020 election victory.

The seditious conspiracy charges against Stewart Rhodes and 10 other Oath Keepers members or associates are the first to be levied in connection with the Capitol riot on Jan. 6, 2021. They're also the first to be brought by the Justice Department in over a decade.

U.S. Magistrate Judge Kimberly Priest Johnson ordered Rhodes, 56, of Granbury, Texas, to be held in custody until a detention hearing next Thursday in the Dallas suburb of Plano.

Rhodes appeared in court wearing heavy boots, blue jeans, a faded black Carhartt T-shirt and a blue medical mask. He walked into the courtroom shackled at the wrists and ankles.

After the hearing, Rhodes' lawyers said he entered a not guilty plea, plans to fight the charges against him and should be released. Defense attorneys Phillip Linder and James Lee Bright said Rhodes has no criminal history, no passport and is not a flight risk.

Bright and Linder said Rhodes has been living in Texas for a year and a half but they could not say what brought him to the state. They said he had no family present at the Friday hearing.

An Arizona man who was charged in the same indictment as Rhodes and other Oath Keepers members also made his first court appearance on Friday. U.S. Magistrate Judge Deborah Fine ordered Edward Vallejo, 63, of Phoenix, to remain jailed until a detention hearing next Thursday.

Rhodes and Vallejo were arrested Thursday. The nine others charged in the seditious conspiracy indictment already had been indicted on charges related to the Capitol siege.

Earlier Friday, the top leader of another far-right extremist group with members charged in the Capitol riot was released from jail in Washington, D.C. Proud Boys chairman Henry "Enrique" Tarrio served a five-month jail sentence in a case that wasn't directly related to the Capitol riot.

"I feel great," he told reporters as he loaded his bags into a car.

Tarrio was arrested in Washington two days before the Capitol riot and charged with burning a Black Lives Matter banner that had been ripped from a local Black church during an earlier rally by then-President Donald Trump's supporters. Tarrio pleaded guilty to destruction of property and attempted possession of a large-capacity ammunition feeding device.

"I'm more worried about them than I was about myself," Tarrio said.

The indictment charging Rhodes and other Oath Keepers with seditious conspiracy says they discussed trying to overturn the election results and preparing for a siege by purchasing weapons and setting up battle plans. On Jan. 6, several members wearing camouflaged combat attire shouldered their way through the crowd and into the Capitol in a military-style stack formation, authorities say.

Rhodes did not enter the Capitol building on Jan. 6 but is accused of helping put the violence into motion.

Authorities have said Rhodes was part of an encrypted Signal chat with Oath Keepers from multiple states and it showed the group was "activating a plan to use force" on Jan. 6. On the afternoon of the 6th, authorities say Rhodes told the group over Signal: "All I see Trump doing is complaining. I see no intent by him to do anything. So the patriots are taking it into their own hands. They've had enough."

Vallejo is accused of coordinating what federal authorities say were "quick reaction force" teams that the Oath Keepers stationed outside of Washington on standby with weapons that could be shuttled to group members and associates.

Authorities say Vallejo, Rhodes and others met at a restaurant in Vienna, Virginia, on the evening on Jan. 6 to celebrate the attack on the Capitol.

The last seditious conspiracy case was filed in 2010 against members of a Michigan militia. But a judge ordered acquittals on the sedition conspiracy charges, saying prosecutors didn't prove the Hutaree militia members ever had detailed plans for a rebellion. Three members of the militia pleaded guilty to weapons charges. 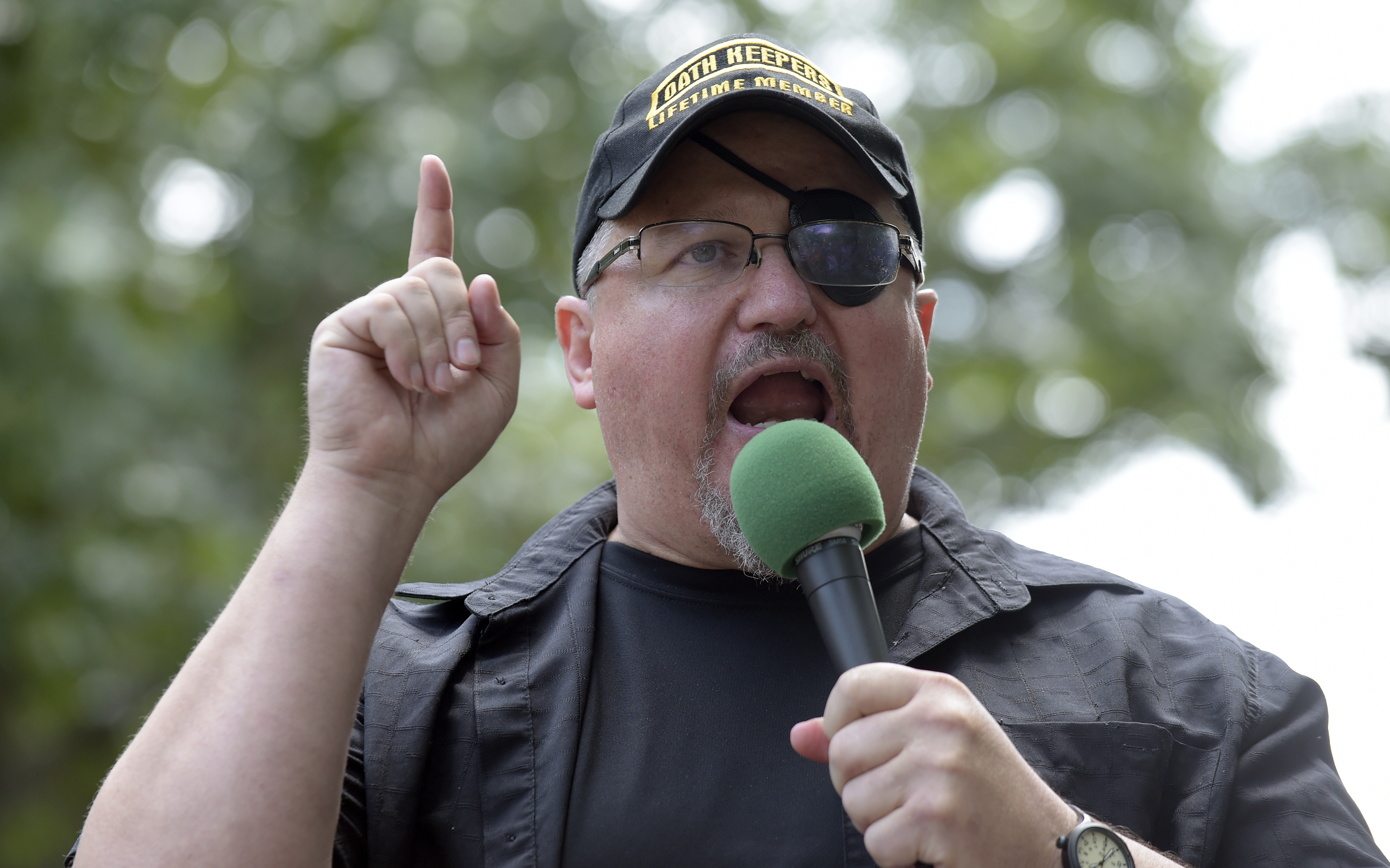 FILE - In this Sunday, June 25, 2017 file photo, Stewart Rhodes, founder of the Oath Keepers, speaks during a rally outside the White House in Washington. Rhodes has been arrested and charged with seditious conspiracy in the Jan. 6 attack on the U.S. Capitol. The Justice Department announced the charges against Rhodes on Thursday. (AP Photo/Susan Walsh, File)