A different kind of 'toon back in the day 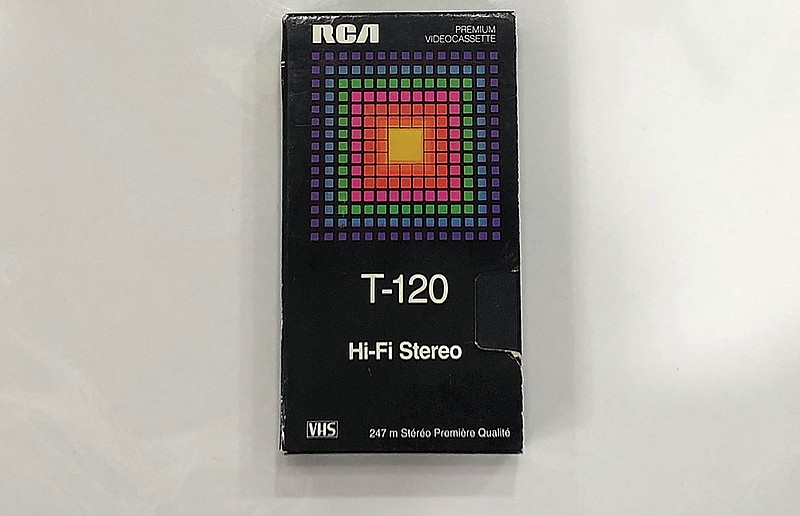 John Moore still has the VHS tapes of cartoons he recorded off of television for his children in the 1980s.

Nixon was in the White House and Scooby Doo was on our school lunch boxes. It was 1969. For a kid, life was good.

Those of us in Mrs. Pauley's second-grade class at Burke Street Elementary were fairly oblivious to the tumultuous time our country was experiencing, but we were completely aware of what was on Saturday morning television. And it was great.

But, a recent scan of the Saturday morning TV dial revealed a glaring omission. Cartoons.

I mean, real cartoons. Like Bugs Bunny, the Road Runner, Johnny Quest, The Flintstones, The Jetsons and Scooby Doo.

Many of the channels today have shows for kids, but they aren't cartoons. At least, not what my generation would call cartoons.

A handful of channels do offer animated shows, but they make little to no sense. Small characters with choppy animation, and their mouths didn't match what they were saying.

It was imported. Like watching an overdubbed '60s martial arts movie. They were swinging swords at things that appeared in the air and then speaking gibberish.

Give me an anvil falling onto the coyote any old day.

Between the 1930s and the 1960s, Warner Brothers made hundreds of these cartoons, and generations of kids have seen most if not all of them hundreds of times each.

Even the teachers understood the importance of excellent animation and its potential. In junior high, the school would schedule a fundraising day once a year when, for 50 cents, you could skip a whole day of classes and sit in the gym watching Looney Tunes.

The 16-millimeter projector had a reel of film the size of a manhole cover that was projected onto a screen. We had unlimited Cokes and popcorn.

I'm not sure what the half-dollar went for, but even if it was to stock the cigarette machine in the teacher's lounge, it was worth it.

A bond developed between the kids while we shared salty snacks, sugary drinks, and pun-filled, politically incorrect animated shorts. It not only made special memories for the kids, I'm sure it put many a dentist's children through private school.

Today, if kids watch animation at all, it's filled with characters that don't have the same star status as Bugs Bunny and Elmer Fudd. And that's a shame.

How have we allowed our children to be deprived of something so American as dynamite down your pants?

But, Looney Tunes aren't the only cartoons our kids are missing out on. Scooby Doo is also a necessity for any kid.

The Mystery Machine, Freddie, Daphne, Velma, Shaggy, Scooby, and Old Man (fill in any villainous-sounding name you want here), teach kids something important: Don't believe everything you see and hear.

A lesson worth learning at a young age.

Hanna-Barbera made Scooby Doo, but they also made other great cartoons prior to Scooby. So good in fact that in 1960, their series, The Flintstones, became the first animated show to air in prime time when it debuted.

The Flintstones beat The Simpsons prime time debut on FOX by 29 years.

Homer, Marge, Bart, Lisa, and Maggie are the closest thing we have left to the humor and feel of the true animation we all shared.

That's really what our generation's cartoons gave us: A common thread. Regardless of where anyone grew up, if you ask someone, "Bugs or Daffy?" they'll know immediately what you're referencing.

When I happen across a Looney Tunes on the web or on a VHS tape I recorded for my kids in the early '80s, it makes me feel like a kid again. And just like that one-day-a-year gathering in the junior high gym, I could still sit all day eating popcorn, drinking Cokes, and watching Bugs, Daffy, and the gang.

So, before what we all shared fades into the backs of and then out of our collective memory, I'm calling on all real animation fans to unite. If today's kids won't come to the good toons, let's bring the good toons to them.

Dig out those old VHS tapes we recorded back in the '80s, and show them what true cartoons are.

If you're having any doubts about whether this is an effort worth taking on, ask yourself, "What would Scooby Doo?"