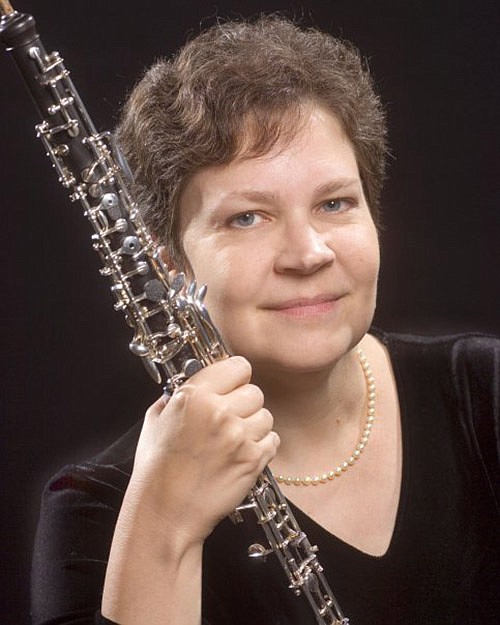 TEXARKANA, Texas -- Texarkana Symphony Orchestra will return to the Perot Theatre stage Nov. 13 with a concert of masterworks titled "Ancient Fire and Voices."

Filling out the program will be Johann Sebastian Bach's Brandenburg Concerto No. 3; Ralph Vaughn Williams' Fantasia on a Theme by Thomas Tallis Respighi: Ancient Airs and Dances No. 3; and Béla Bartók's Romanian Folk Dances.

"There's a couple of different things that tie this program together. The first is highlighting our stars within the orchestra. And the second is that each of the pieces on this program really has a dance kind of connection and a connection to both the ancient and the modern," said Music Director Phillip Mann.

The Bach piece is a concerto grosso, which means various soloists within the ensemble take turns in the spotlight.

"It's different than having just one person stand in front of the orchestra. In this case, we actually have individuals who take a solo role from within the orchestra, and Bach's Brandenburg Concertos are perhaps the greatest examples of all time of this genre," Mann said.

He called the Marcello concerto "a very, very beautiful piece."

"It has some gorgeous melodies. And it's an opportunity for our audiences to hear an individual woodwind soloist, which is an uncommon opportunity," he said.

Vaughn Williams' Fantasia, often used in film soundtracks, should be recognizable by the audience.

"It is just opulently beautiful. It's a work that I know everyone is going to love. And it's a joy to have presented every time I've had enough to pay to play it. So that's a real favorite of the entire string orchestra repertoire," Mann said.

The program will end with a Bartók piece Mann describes as a "kind of a gypsy-type pyrotechnic whirlwind dance."

"You can almost imagine you're kind of around a campfire, and it features our concertmaster Kiril Laskarov as a soloist. It's magical and fiery and a lot of fun," he said.

Mann will lead a discussion of the music before the concert.

"It's an opportunity for me to talk a little bit about the program. You'll often get a chance to meet the guest artists and soloists. And you'll essentially be able to hear what we think is special about the program and get a little bit of background on it. Often audiences are able to ask questions," he said.

(The concert is at 7:30 p.m. Nov. 13 at the Perot Theatre, 221 Main St., with a preview discussion at 6:40 p.m. Tickets are available at perottheatre.org, texarkanasymphony.org and at the door.)