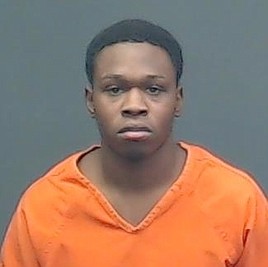 TEXARKANA, Texas -- A suspect who escaped the basement of the Bi-State Justice Building early Wednesday was taken into custody in Hooks, Texas, a few hours later.

Kylon Chevon Clark, 20, of Hooks was in the basement with other inmates about 3 a.m. Wednesday. Staff from the jail were transferring inmates from the Bi-State jail into a van to be moved to the Bowie County annex jail when Clark took off running, said Bowie County Sheriff Jeff Neal.

Clark made it out of the basement. Sgt. Zacherias Price chased after him but lost sight of him around West Fourth and Main streets downtown, Neal said.