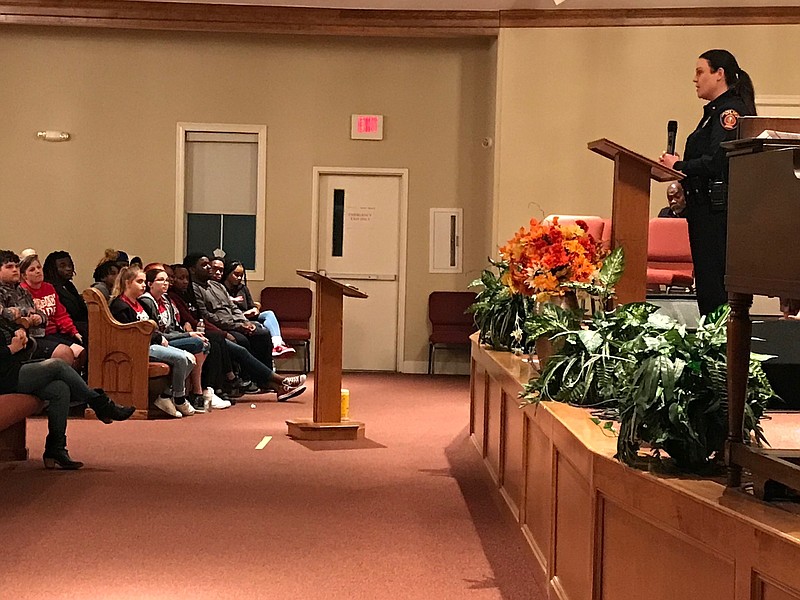 Texarkana, Arkansas, Police Chief Kristie Bennett speaks to a group gathered at the Church of the Living God No.4 during a community forum Thursday evening. The forum focused on a recent surge of youth violence in the Texarkana area. (Staff Photo By Greg Bischof)
ADVERTISEMENT