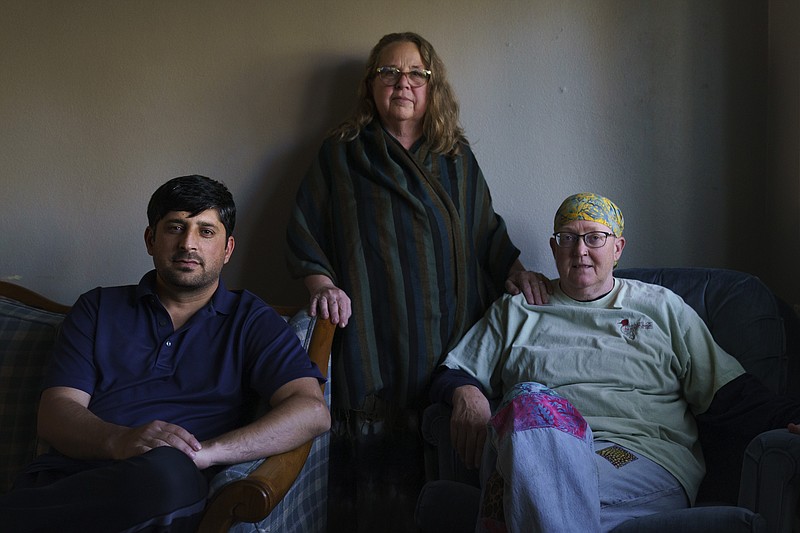 Ihsanullah Patan, left, a horticulturist and refugee from Afghanistan, sits for a portrait with Caroline Clarin, right, whom he worked with in Afghanistan, and her wife, Sheril Raymond, at his home in Fergus Falls, Minn., Friday, Oct. 29, 2021. A U.S. Department of Agriculture adviser in Afghanistan, Clarin along with her wife have been using their own time and money to get Afghans who worked for her program out of the country. Those who have started their life in the remote town of Fergus Falls near the North Dakota border say they consider them family. (AP Photo/David Goldman)