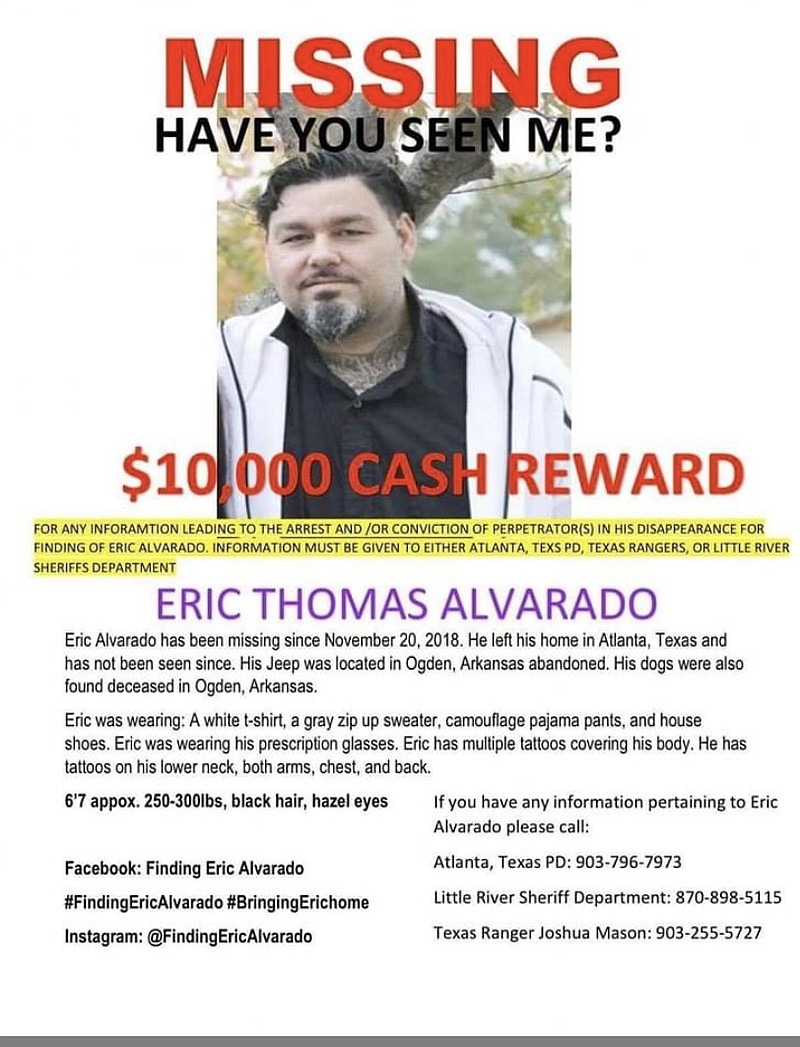 ATLANTA, Texas --The father of a man missing for three years is not giving up hope on finding information that will give him answers.

Shortly after he went missing, his Jeep was located in Ogden, Arkansas. Eric's two Pit Bulls were also found dead nearby.

"Somebody out there has to know something," said Eric's father Lorenzo Alvarado.

"My son would give the shirt off his back to anybody and he would help people out with money. He was just a great kid. I don't know why anybody would harm him. I know my son had a heart bigger than Texas, bigger than the world," Lorenzo Alvarado said.

The family is offering a $10,000 reward for information leading to an arrest or conviction.

Eric had lived in Atlanta for about eight years and worked as a tattoo artist.

His father lives in Indianapolis, but is working from a distance to try and find out what happened to Eric.

"I'm not going to give up on my son. I keep putting the poster out there and trying to find out what happened. But I can't do it all on my own," he said.

Eric is 6 foot 7 inches tall and weighs between 250 and 300 pounds. He has dark hair and hazel eyes.

He was last seen wearing a white T-shirt, a gray zip-up sweater and camouflage pajama pants.

He has multiple tattoos, including ones on his lower neck, both arms, chest and back.