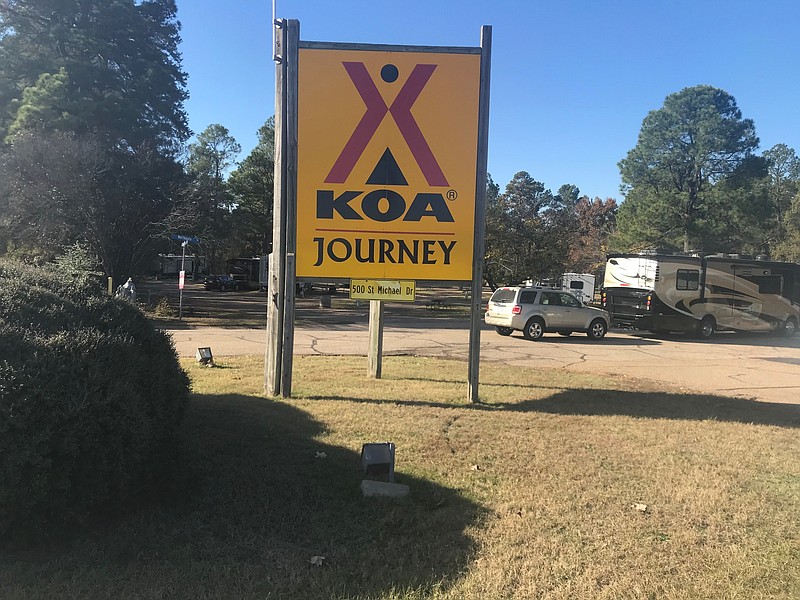 The Texarkana Kampgrounds of America recently received its fifth KOA president's award. The 30-acre campground, first founded in 1970, later became a KOA affiliate in 2000. It's located in the 500 block of Saint Michael Drive. (Staff Photo by Greg Bischof)

KOA officials presented the award to the Twin-Cities on Nov. 16 during the organization's annual International Convention in Baton Rouge, Louisiana.

The award is presented to those campgrounds meeting "exceptional quality standards "as well as receiving high customer service scores from camping guests.

"Our campground owners and their employees are dedicated to ensuring each and every guest has a truly exceptional camping experience," said KOA President and Chief Executive Officer Toby O'Rouke in a prepared statement."These awards are driven by camper feedback -- especially in a year with a higher number of campers. This points to the work that's been done to ensure that each guest has the best outdoor experience."

"We are just one of 525 KOA campgrounds in North America," Bergman said of the the local 30-acre KOA, which is located in the 500 block of Saint Michael Drive. "These awards are based not only on customer opinion, but also on routine inspections of building, cabin and tent sites."

Bergman added that the campground, where KOA is now, actually opened as an independent campground in 1970 before becoming a KOA affiliate in 2000.