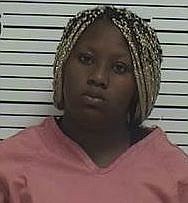 TEXARKANA, Ark. -- Physical abuse of a 2-month-old boy is at the center of felony charges facing a Texarkana, Arkansas, couple.

Dominique Nicole Burnett, 22, is charged with first-degree battery causing serious injury to a child under 4 years and Shawn Avery Burnett, 20, is charged with permitting the abuse of a minor. Arkansas State Police referred the case to the Texarkana Arkansas Police Department for investigation in late August after the baby was seen at Arkansas Children's Hospital.

At the hospital, the baby was diagnosed with a broken right arm, a shoulder injury and rib fractures in various stages of healing, according to a probable cause affidavit. Dominique Burnett allegedly became angry when she could not quiet the child and threw him into his baby carrier face first.

Shawn Burnett is accused of knowing about some of this alleged abuse and allegedly failed to intervene or protect the baby.

Dominique Burnett and Shawn Burnett face 10 to 40 years or life if convicted of battery of a child under 4 or permitting the abuse of a minor, respectively.

Both are scheduled to appear in the next few weeks before a Circuit Judge in Miller County. 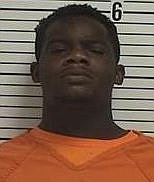