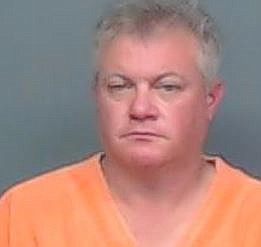 Effective Sept. 1, individuals charged with solicitation face six months to two years in a Texas state jail. Before that date the offense was a Class B misdemeanor. Individuals with a prior conviction for solicitation may now be charged with a third-degree felony and if the offense involves a minor, the punishment range increases.

The change in the law is intended to deter human trafficking.

Klyne Allen Hughes, 47, of Idabel, Oklahoma, was arrested Wednesday for felony solicitation of prostitution at a location in Texarkana, according to a probable cause affidavit prepared by a Texas Department of Public Safety trooper. The affidavit states that DPS was part of a "multi-agency undercover prostitution operation."

"Hughes responded to an advertisement posted on the internet for prostitution. Hughes then agreed to meet the agents who were posing as a female prostitute and exchange $110," in return for sex.

A firearm suppressor without any identification numbers was allegedly found in the back driver's seat compartment.

"ATF (Alcohol, Tobacco, Firearms and Explosives) will be contacted in reference to the suppressor," the affidavit states.

Three other men were arrested Wednesday in Bowie County for attempted solicitation of prostitution.

According to documents charging the men in those cases, they responded to ads for prostitution on the internet, "which amounted to more than mere preparation that tended but failed to effect the commission of the offense intended."

Attempted solicitation of prostitution is a Class A misdemeanor with a maximum punishment of one year in a county jail.