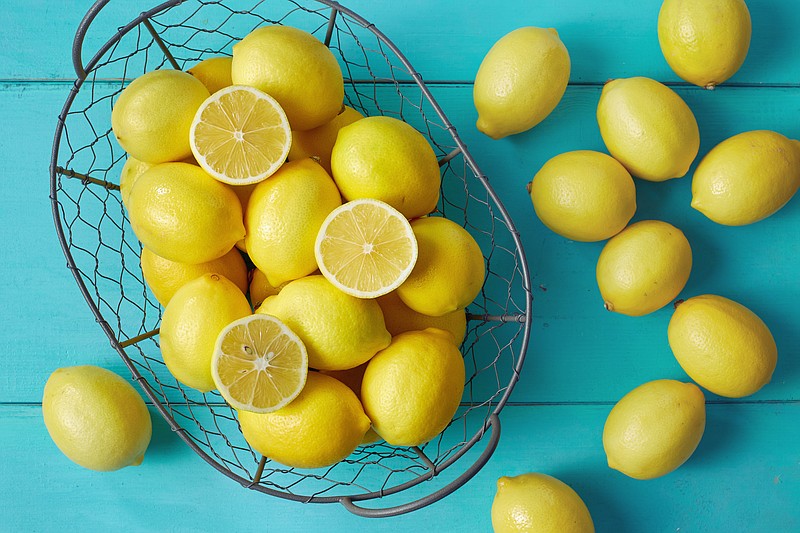 When life hands you lemons, goes an old saying, you will have a lot of car repair bills. That's why you should have a yard sale. And what better way to lure customers than with a lemonade stand.

That was the brilliant idea my granddaughters Chloe and Lilly had when my wife, Sue (their grandmother), and our younger daughter, Lauren (their mommy), decided to embark on this allegedly moneymaking enterprise.

The idea of the yard sale, which was held in Lauren's front yard, was to foist a bunch of junk that had been piling up in our respective houses on bargain-happy people who would, we hoped, pay fistfuls of cash for stuff they don't need, take it home and make it their junk.

On the day of the big event, the lawn was filled with stuff, much of which was priceless, mainly because it wasn't worth anything.

In a prime spot was the lemonade stand.

Chloe wanted to charge $3 a cup. Lauren said no, so Chloe suggested $2. Finally, it was decided that 50 cents was a fair price.

That was nixed, too, though Chloe did prevail in charging 25 cents extra for Unicorn syrup, which is colored sugar water that could be added to the lemonade.

And there was enough to quench the thirst of the entire population of Luxembourg: two 96-ounce bottles of "organic lemonade." We also had three small bottles of syrup (red, green and purple), 100 seven-ounce cups and an equal number of ecologically correct straws.

The sale was supposed to begin at 9 a.m. The first customer showed up at 8:15.

"How much is this stool?" she asked.

"Ordinarily, it's a thousand dollars," I replied, "but there's a special deal today for only five bucks."

It was my only sale of the day.

Another woman came by and asked about a wine rack.

"I've lightened the load for you by drinking all the wine," I said.

She left without saying another word, probably because I had driven her to drink.

Someone else asked about a baby seat.

"It's three dollars," I said. "Baby not included."

Chloe, 8, and Lilly, 5, had better luck with other customers.

"We have lots of nice things!" Chloe chirped.

To which Lilly added, "Let's sell everything for free!"

Meanwhile, the lemonade stand was cleaning up. I poured the drinks, Lilly put in the syrup and Chloe collected the money.

Unfortunately, the swarm of people was outnumbered by a swarm of bees.

"This must be a wasp neighborhood," I told a guy who didn't buy any lemonade but left a 25-cent tip for the girls anyway.

When it was time for lunch, Chloe and I went inside for a peanut butter sandwich and a cup of lemonade each.

Then Lilly came in and had a bowl of macaroni and cheese. I had one, too.

"Have some lemonade," Lilly said.

I filled a cup, to which Lilly added red syrup.

Then she wanted me to have another cup with green syrup, followed by one with purple syrup. Lilly stirred all of them with paper straws.

Lilly shook her head and said, "I don't like lemonade."

Seven cups later, I made a beeline -- even though the bees were outside -- to the porcelain convenience.

Back in the yard, a woman walked up with her young son and a pair of giant schnauzers, who smothered Chloe in kisses (the dogs, not the kid, who lapped up three cups of lemonade).

The woman yakked with Sue and Lauren for an hour before buying something.

Tom and Mary Ann, husband-and-wife neighbors who have an 8-month-old granddaughter, bought a kiddie slide and some children's ride-on vehicles.

"They've all been grandfather-tested," I assured them.

The sale ended at 3 p.m., at which time we calculated the day's receipts.

"Let's put it in our piggy banks!" Lilly said.

I got to take home the rest of the lemonade.

"Maybe," Chloe suggested, "you can have a lemonade stand at your house."