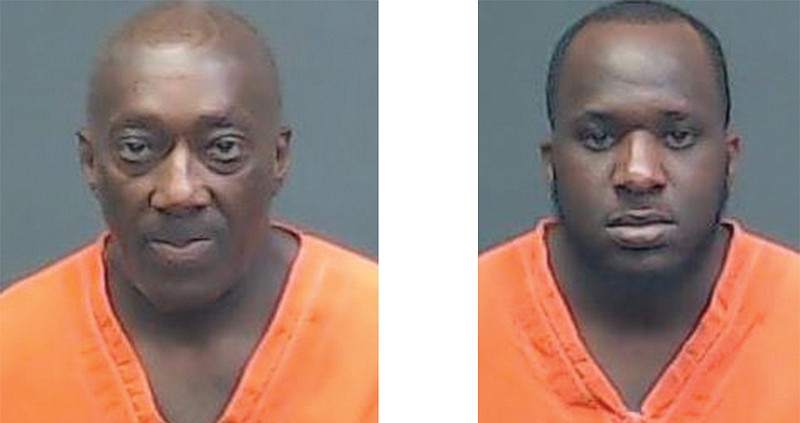 TEXARKANA, Texas - A father and son accused of dealing drugs in the Texarkana area are sharing a federal indictment though one has pleaded guilty and the other wants a trial.

Kelvin Lorenzo Harris, 57, and Markelvin McHenry, 33, are the only defendants named in an 11-count indictment issued in April by a federal grand jury in the Texarkana Division of the Eastern District of Texas. The indictment accuses the father and son of conspiring to distribute methamphetamine in the Texarkana area.

McHenry pleaded guilty Wednesday at a hearing before U.S. Magistrate Judge Caroline Craven to the conspiracy charge as well as to carrying a firearm in furtherance of a drug trafficking offense and to being a felon in possession of a firearm. According to a factual basis signed by McHenry and filed in the case Wednesday, he and his father began distributing methamphetamine and marijuana beginning before Oct. 2020 and continuing through March 2021.

While McHenry has admitted guilt in the case, Harris has not and is presumed innocent unless his case is resolved with a guilty plea or conviction by a jury.

"On Oct. 27, 2020, my father told me to go to his house and get his stuff because he had been arrested," the factual basis states.

Among the "stuff" McHenry picked up from Harris' home was a sawed off Winchester 12 gauge shotgun. The same day McHenry collected items from his father's home, McHenry sold more than four grams of meth to "individual 1" at the Mojo gas station in Texarkana, Texas.

Later that day, Harris allegedly told McHenry to sell the sawed off shotgun to "individual 1." McHenry sold the shotgun and more than three additional grams of meth to "individual 1," according to the factual basis.

McHenry's factual basis notes prior felony convictions for burglary in Bowie County which mean he is prohibited from possessing firearms and ammunition.

McHenry will return to court in several months for sentencing before U.S. District Judge Robert Schroeder III. He faces up to life in prison.

Harris' case appears to be moving to trial. Craven recently extended the deadline for Harris to notify the court of an intent to plead guilty to Sept. 17. Jury selection in the case is scheduled for Sept. 27 before Schroeder in Texarkana's downtown federal building.

Harris is accused of conspiracy, use of a firearm in furtherance of a drug trafficking offense, distributing methamphetamine Oct. 2, 2020, carrying a firearm, the sawed off shotgun, Oct. 2, 2020, and being a felon in possession of a firearm.

He faces up to life in federal prison. Harris is represented by Texarkana lawyer Cory Floyd.

Both father and son are currently in the custody of U.S. Marshals.